For our June meeting members heard an interesting talk with slides by fibre artist Yvonne Morton. Yvonne explained how she  started as a teacher and then decided to concentrate on her own work.

She held a solo exhibition in Salisbury Library where she used Eastern images as a theme. 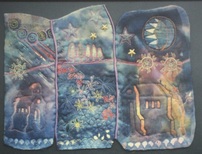 At this time Constance Howard became Yvonne’s mentor and she spoke fondly of her by saying Constance always remembered your work and that she is greatly missed. 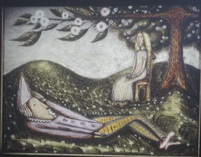 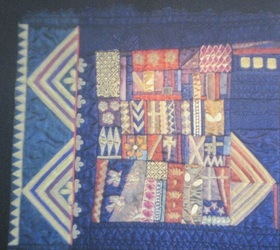 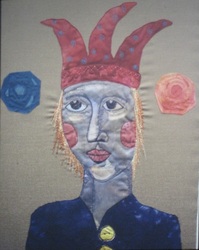 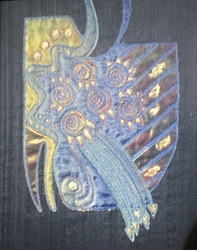 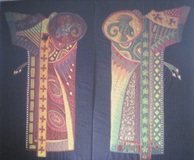 She decided to go back to education and followed a degree course. Whilst on the course  she regularly found herself out of her comfort zone having to use charcoal,  pastels and other medium but managed to get back to textiles as soon as  possible.

Yvonne then researched African art and was inspired by the Kuba people of the Congo. Their dance skirts were made of woven raffia with appliquéd shapes and in  her current work she uses silk. flax and raffia. She explainted that patterns would be handed down and the making of the textile was as important as the textile itself. 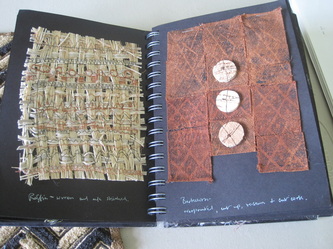 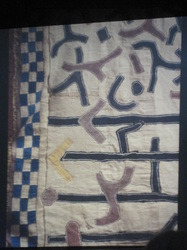 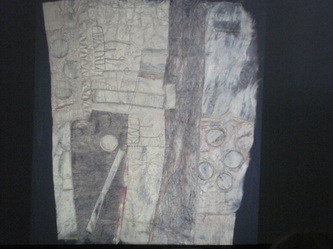 Wanting a new project Yvonne then did some research at the  Foundling Museum in London.  She explained that ‘given  up’ babies were renamed but their admittance was marked by the handing over of a  piece of cloth so that the mother could identify the child if she was able to  reclaim it. Sadly out of some 16,000 babies admitted only 142 were ever reclaimed.  Yvonne’s subsequently went on to exhibit her work “Fragments for a Foundling” in a gallery at West Bay, Dorset. 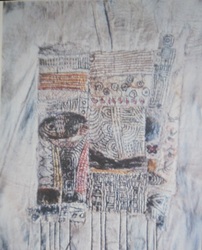 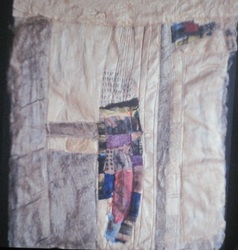 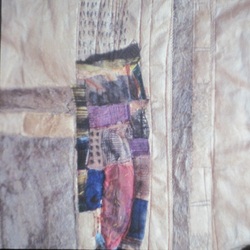 Our next meeting will be on Monday 1 July when our speaker will be James Hunting and his subject “Traditional hand-stitching used in a contemporary way”.