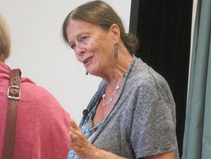 Carol Naylor applied initially for an art course at Goldsmiths, University of London, but was rejected.  She was then offered a place on a new textile art course and Constance Howard was one of her tutors.  Carol persevered with the course although it was not her first choice and went on to gain a BA and Postgraduate Diploma in Textile Art specialising in embroidery.  Her first job was as a lecturer at Chichester and thanks to a student exchange scheme she was able to visit Portugal.

In the early days Carol exhibited her work at West Dean College and undertook a large commissions for a hospital.  Thanks to family support, she was eventually able to give up her job and go free lance and she undertook an important commission at Petworth House.   Carol has worked with Alice Kettle.  Both have a similar technique of free machining from the reverse with heavy weight threads in the bobbin. 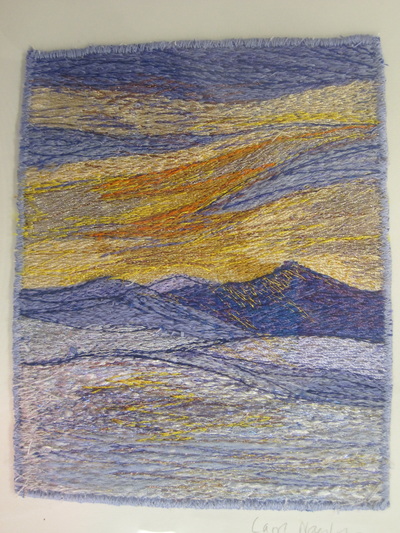 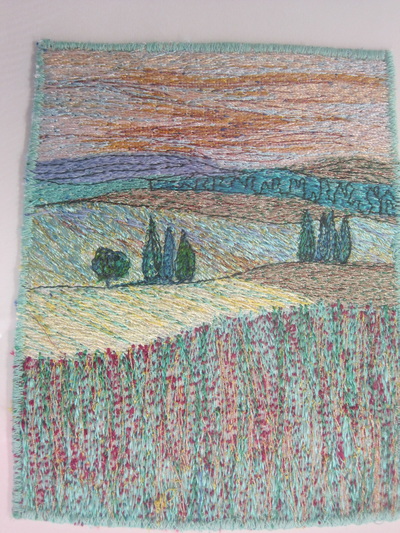 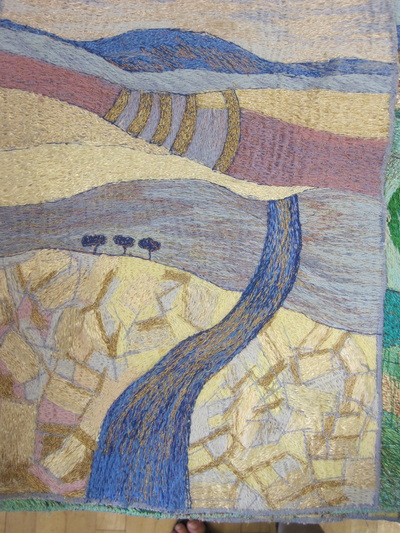 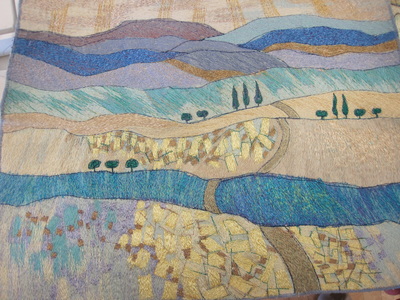 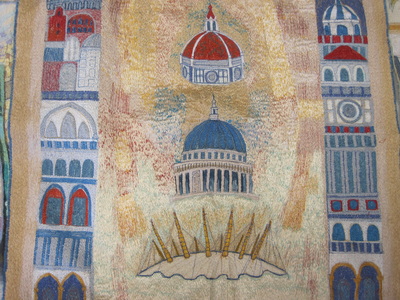 During a project called “Fusion” Carol was paired with a jeweller and she had to interpret a piece of jewellery in stitch. 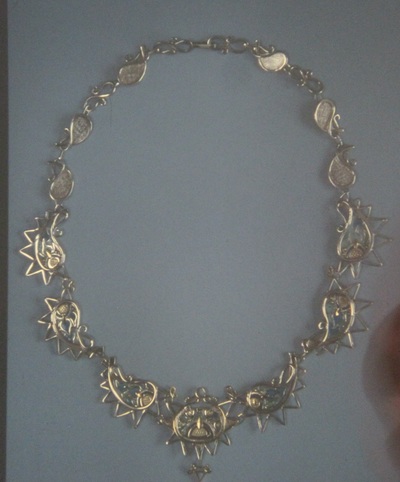 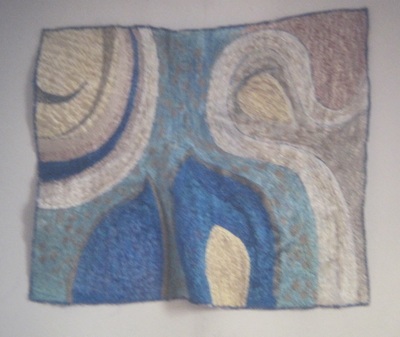 Nowadays Carol gets the inspiration for her embroideries from landscapes recorded during her travels to France, Spain, Ireland and New Zealand.  She undertakes commissions, gives talks and workshops and exhibits her work extensively. 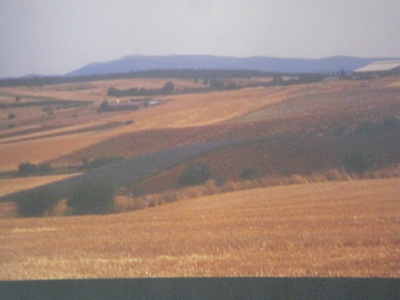 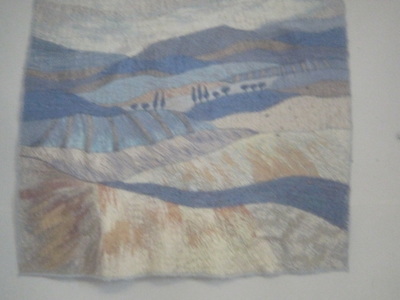 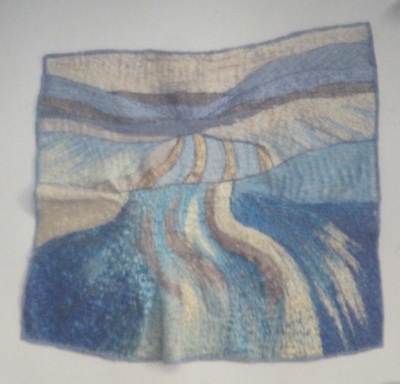 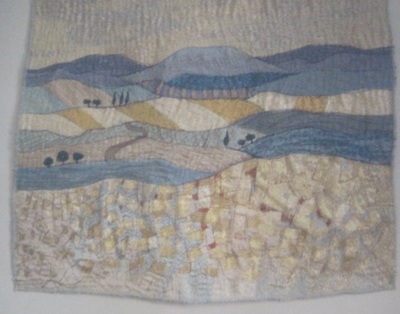