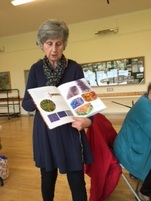 Janet’s workshop was based on her new book and we were looking and interpreting the work of Vincent Van Gogh in hand stitching. In particular the way he used colour. Samples include with yellows and using cretan stitch, green on red fabric stitching blanket and button hole, blue on red fabric with sorbello stitch, but to name a few. Our last sample was using neutral colours on a neutral background with a hint of colour using the stitches we had covered on the course. 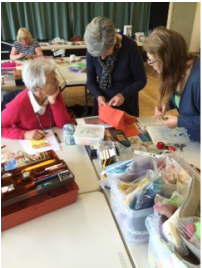 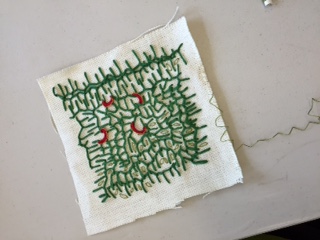 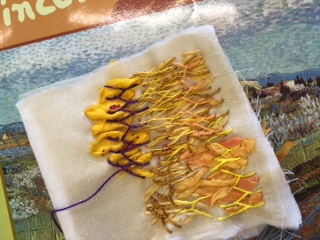 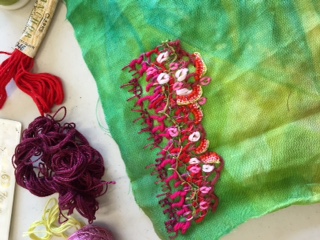 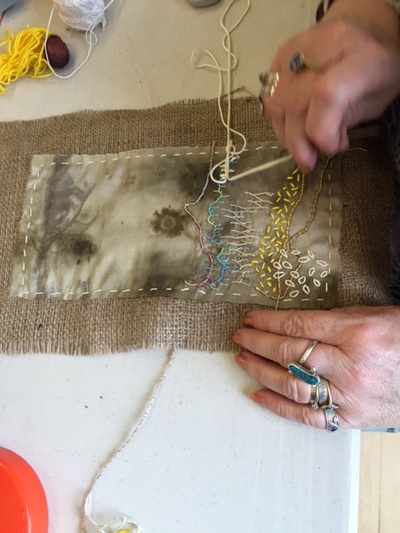 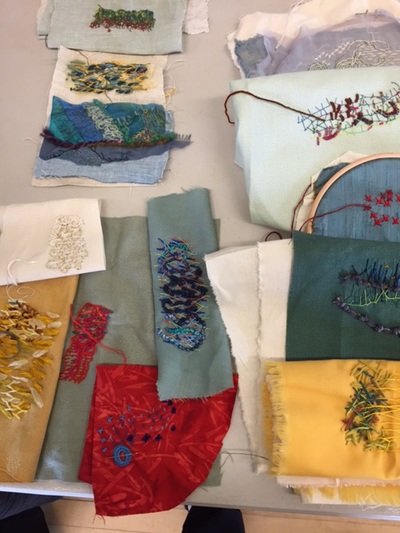 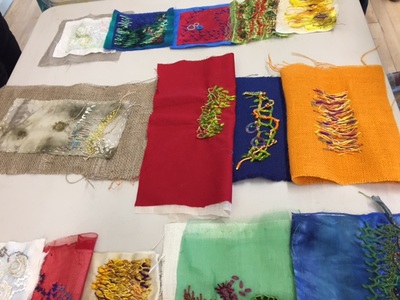 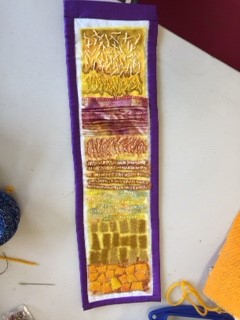 Everybody’s work was inspiring and very different from each other which helped us all explore the wonders of hand stitching which is a real triumph for Janet as I am a hardened Free Machiner!

Thank you Nikki for your report.  Ros 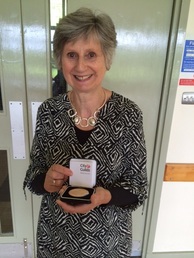 Janet has recently received two awards.  The medal is the City and Guilds Medal of Excellence which is an annual award. She was awarded it in the Tutoring Category for her work at Missenden Abbey since 1991.

The other award she won was the 2016 Broderer’s Prize which was presented by Princess Anne at Buckingham Abbey. No medal this time as the prize is a cheque.