Skip to content
Home > Main Meetings > Jenny Adin-Christie – November 2014 Meeting
Ros is travelling in India so Christine Hill has stood in for her. Thanks, Christine 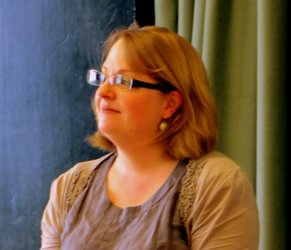 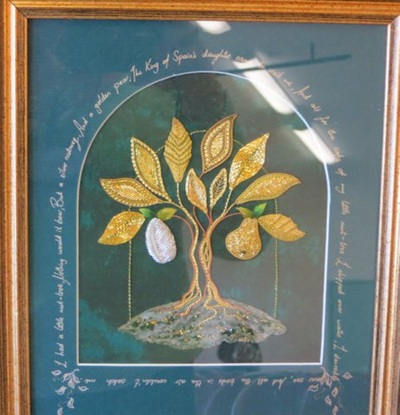 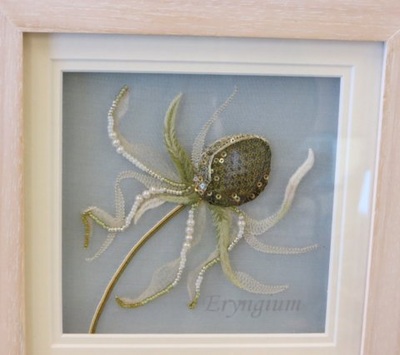 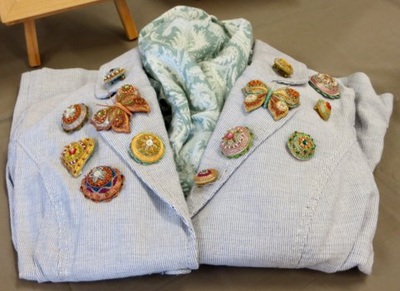 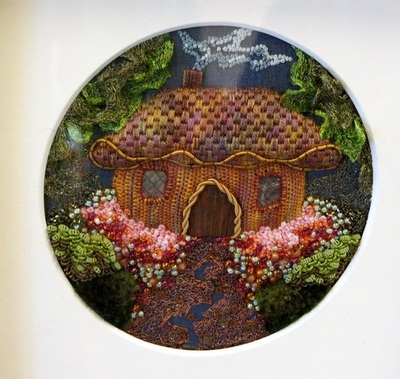 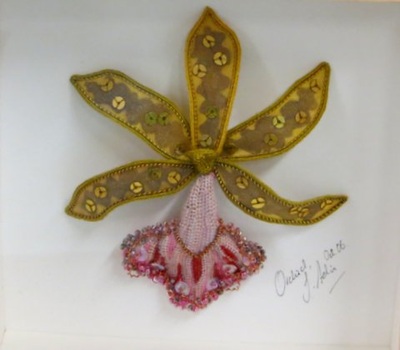 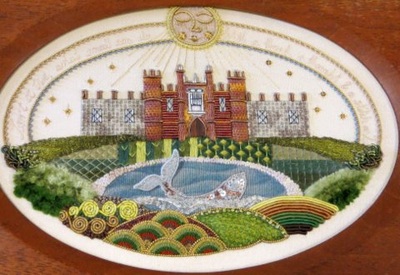 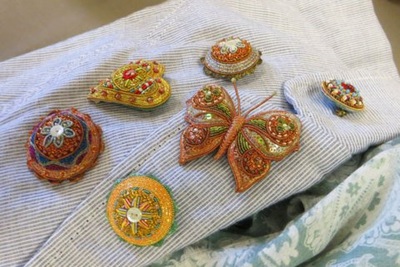 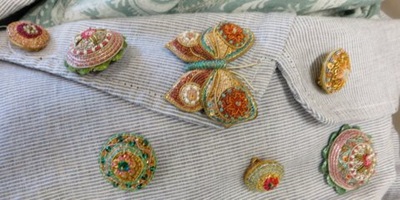 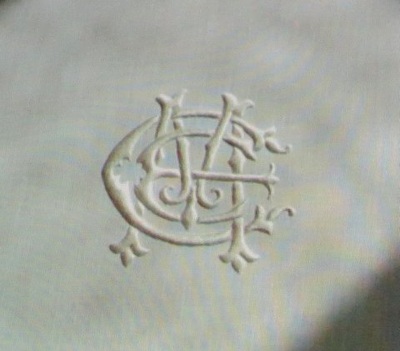 Today the members enjoyed a fascinating and most informative talk by Jenny Adin-Christie entitled “Preserving the Past / Creating the Future”. Jenny began stitching as a young girl and was fortunate to be encouraged by both her family and school to take up a career in embroidery. She was offered a three year course at the Royal School of Needlework. This proved to be a very intensive course; working very long hours during the week and often weekends too with only four weeks holiday per year. The course, or apprenticeship as it was known, included gold work, Jacobean crewel work, silk shading, white work, traditional appliqué and ‘both sides alike’ embroidery used for military banners. The students were expected to research and produce their own designs. At the end of the course Jenny was offered a full time job carrying out commission work and teaching.

The excellent slides Jenny showed included details of some of the commissions carried out by the RSN – the coronation robes of Her Majesty the Queen, an eighteen foot silk velvet train heavily embroidered with gold work using eighteen different solid gold threads, a new pelmet and curtains for the Royal Opera House which involved stitching gold work designs onto half inch thick curtain velvet and a Jubilee Woolsack for the Royal Chelsea Hospital. These projects demonstrate the level the students are expected to attain by the end of the course.

Jenny is particularly fond of white work which she teaches in Australia and New Zealand as well as running regular courses in France and showed us slides of her own work as well as that of some of her students. She also brought samples of her stump work pictures, absolutely stunning work.

Jenny has also been involved in restoration and conservation projects which she described to us.

Although Jenny became freelance some six years ago she can still be called on to be part of a RSN team to work on an important project and as a result became involved in the making of the Carrickmacross lace for Kate Middleton’s wedding  dress. A team of seventy worked on the lace for long hours, day and night.

It was a wonderful talk and we could have continued listening for much longer had there been time.