​Our January speaker, Valerie Threfall got the new year off to a swinging start with her highly entertaining talk entitled “The secrets of the honeymoon suitcase”.  She started by explaining that she had been giving talks for 30 years and fell into it by accident when a friend, Rosemary Hawthorne, known as the “knicker lady”, found she was double booked.
​Valerie first showed us her prize possessions, Queen Victoria’s nightdress which had an insignia of VR36 on it, a pair of her 45” waist knickers and a half petticoat.  The next display item was a pale blue whale bone corset from 1900.  It was interesting to find out that the bone used was from the whale’s cheek rather than the ribs, which I had been expecting.  Corsets then went on to have steel inserts at the time of the 1st World War. 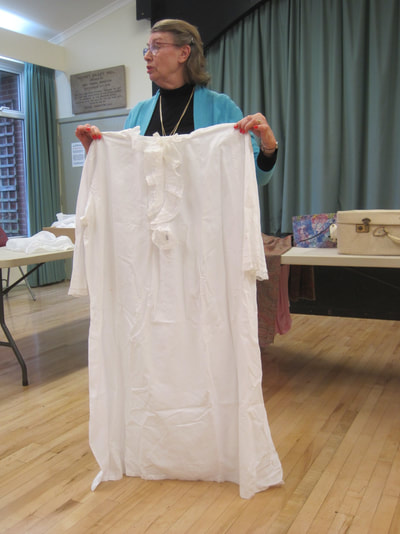 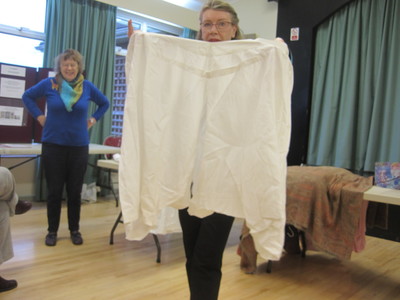 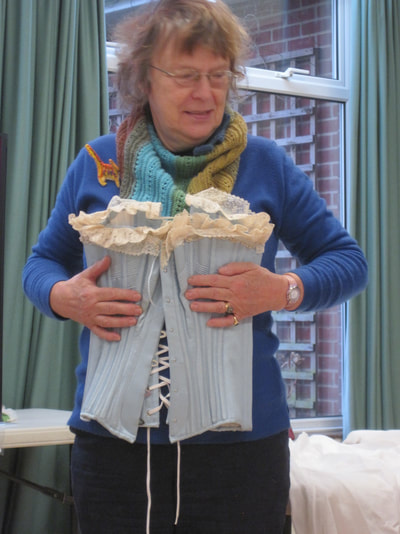 ​In the 1920’s we were reminded that life changed greatly as there were more opportunities for women and with very few men due to the terrible deaths in the war, women started to dress provocatively.  We were shown one of the first bras from Debenhams and a stocking garter above which Valerie explained was the “no go area”.  One of my favourite garments was a peignoir which Valerie explained ladies would wear in the morning and in the evening as a housecoat. 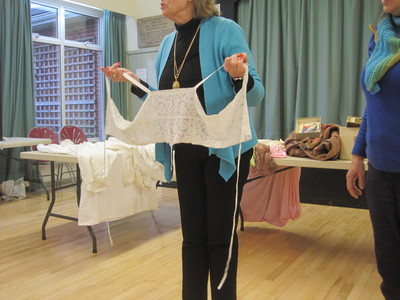 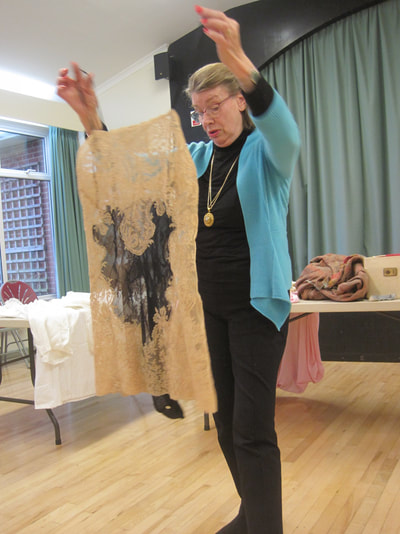 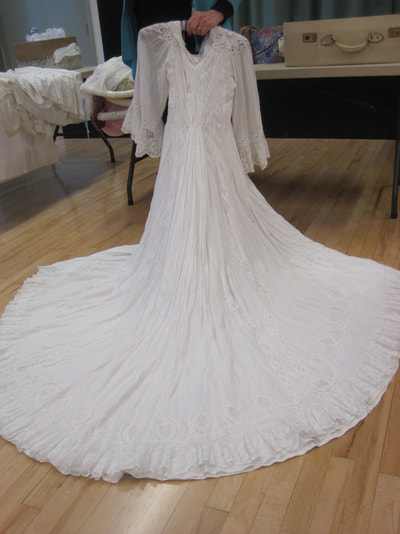 During the second world war when fabrics were rationed Valerie explained that enterprising ladies made underwear out of parachute material.   To have access to the American or Canadian market at that time was a treat because they had nylon stockings with seams but until well after the war, ladies in this country only had rayon stockings which had to be bought with civilian coupons.  I did not realise that the word “nylon” derived from the two centres for nylon “NY” for New York and “lon” for London.

​Progressing into the 1950’s and 1960’s with the availability of contraception Valerie showed us how underwear and nighties got more colourful and more daring and many of us saw examples of underwear that we had worn as children and teenagers.    It was lovely to see her own honeymoon nightie. 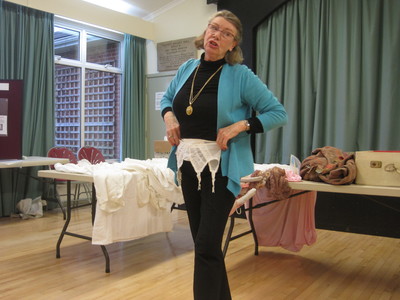 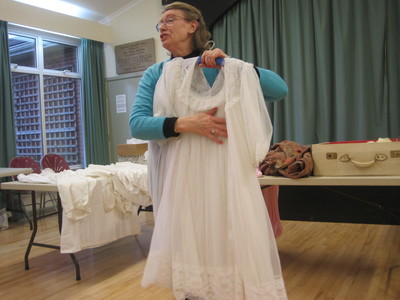 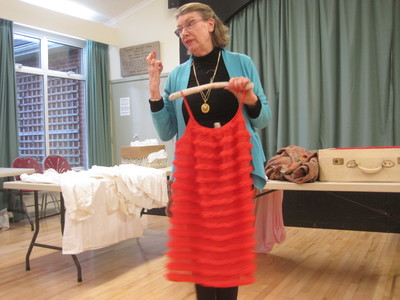 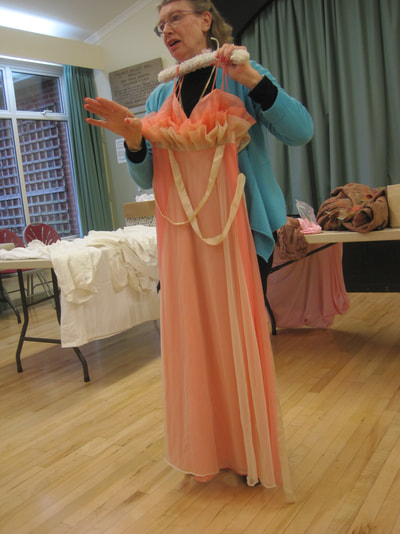 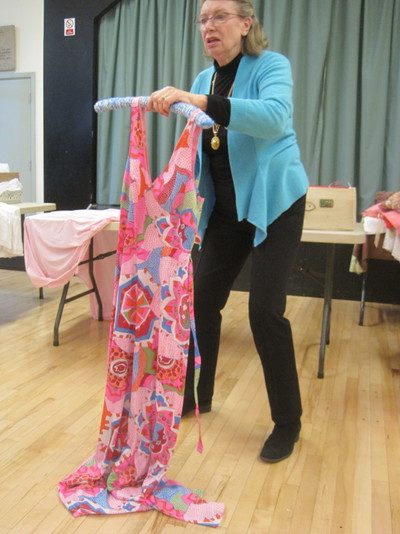 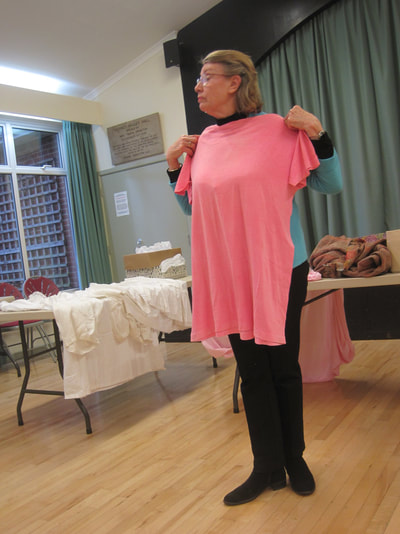 ​Valerie concluded her talk by bringing us right up to date talking about hen parties, disposable knickers and an example of a gap year t-shirt which had been offered to her son’s girlfriend on a visit.