Skip to content
Home > Main Meetings > Christmas Lunch with Lt Col Neil Stace
Our Christmas “bring and share” lunch is always an enjoyable event and this year joint chair Clare Russell and Ann Smith started by presenting Kay Francis with some flowers as a thank you for her many years of service on the committee. 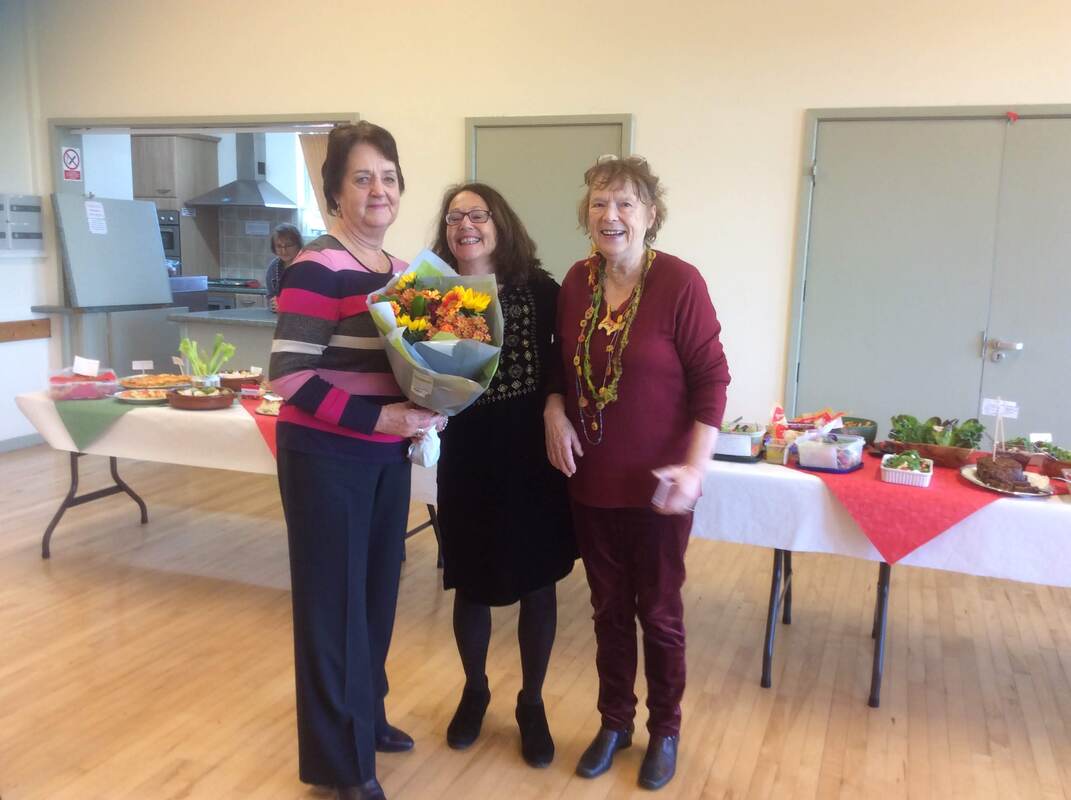 ​After lunch our surprise speaker was Lt Col Neil Stace who was a runner up in the 2015 series of the BBC Great British Sewing Bee.
​
As a bit of fun, Neil and a friend joined the sewing group at Primary School and his interest in stitch developed from there.  He talked about various tours of duty in Afghanistan, Bosnia, Northern Ireland and explained that there was always down time which had to be filled which is why he included a sewing machine along with his kit.  Neil sees himself as a soldier who sews and an engineer who does not need a pattern which is why he designed and made a wedding dress for his female driver in Bosnia. Another story that I particularly found interesting was during his second round of duty in Afghanistan in 2010 he had the challenge of re-introducing cottage industries to the local ladies which had to be done discretely through an interpreter.  It was so successful that after a couple of months the ladies had set up stalls in the market selling their crafts.
It was Neil’s wife who completed the application form for the Great British Sewing Bee and he had to go through a number of interviews and challenges before being accepted onto the reality TV programme. He showed us a little girl’s smocked dress, a boys waistcoat (made during children’s week), a ladies corset and a wonderful kilt which he often wears. 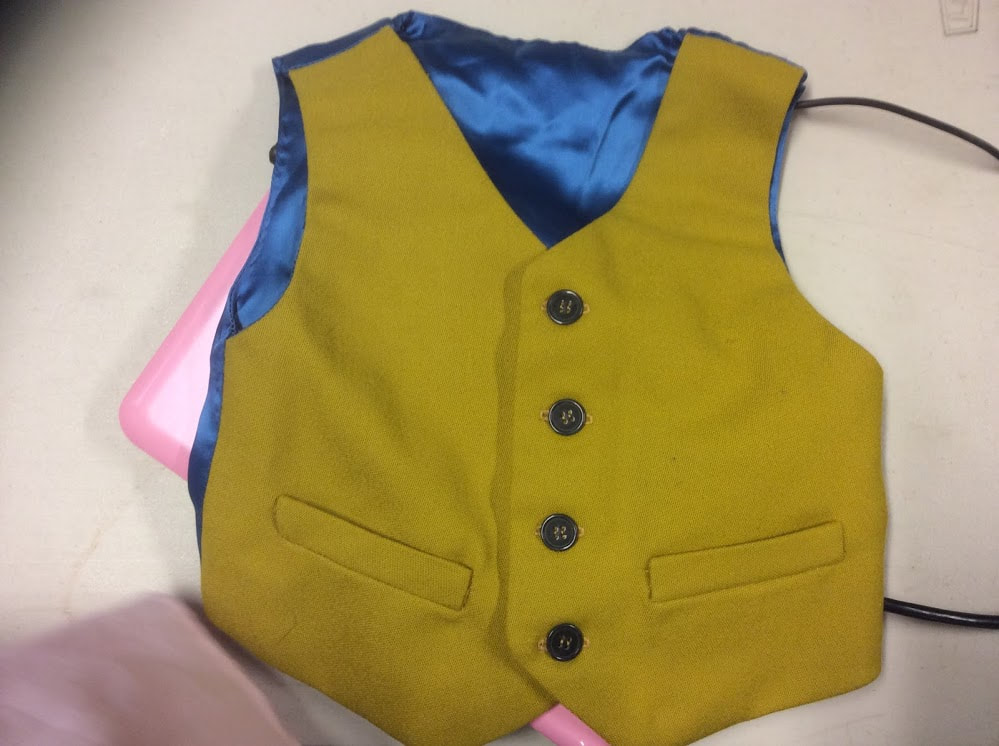 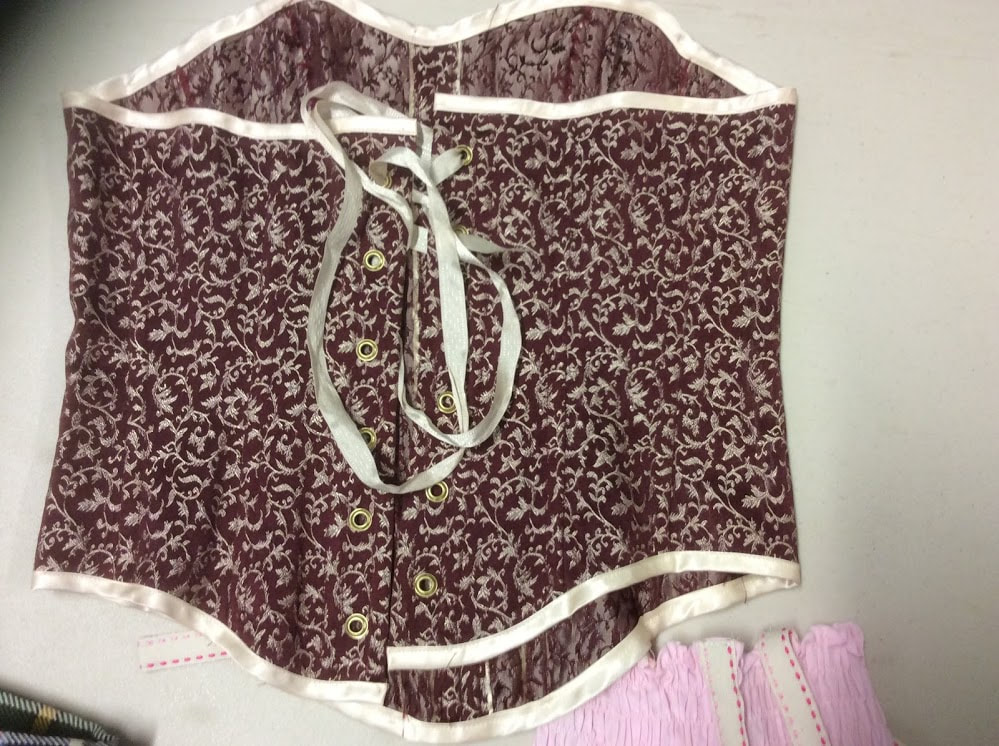 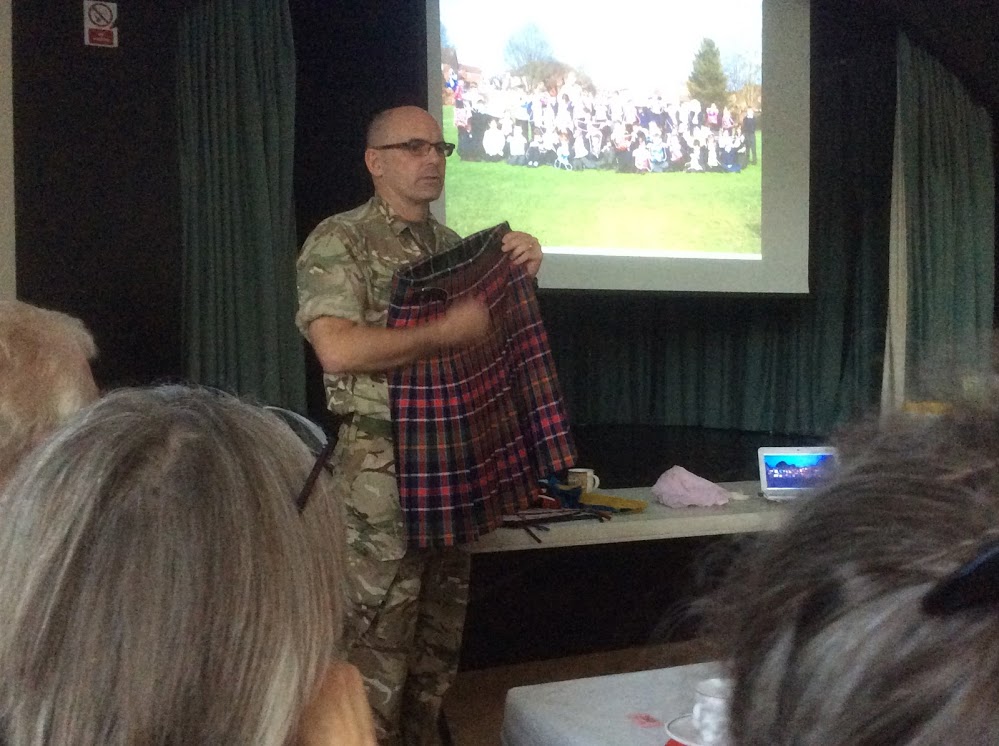 Several of our members contributed to the Flags of Thanks challenge which Neil organised recently.  People were asked to make a 12 inch square of gratitude to the Armed Force Community.  About 1000 flags were made and displayed St Thomas Church in Salisbury in June 2019.  Eventually Neil wants to stitch these squares together to make in quilts, sleeping bags and ponchos for war veterans and he had a number of the squares and quilts on display. 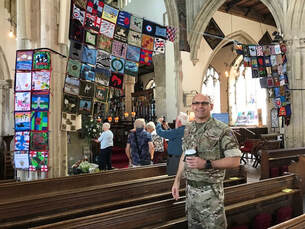 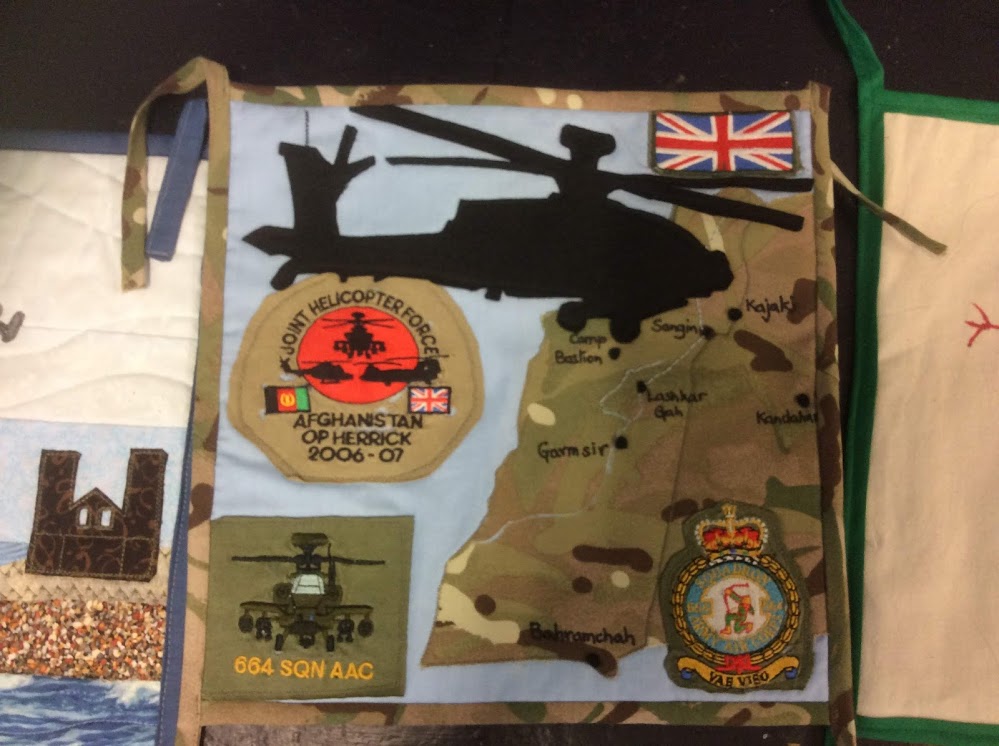 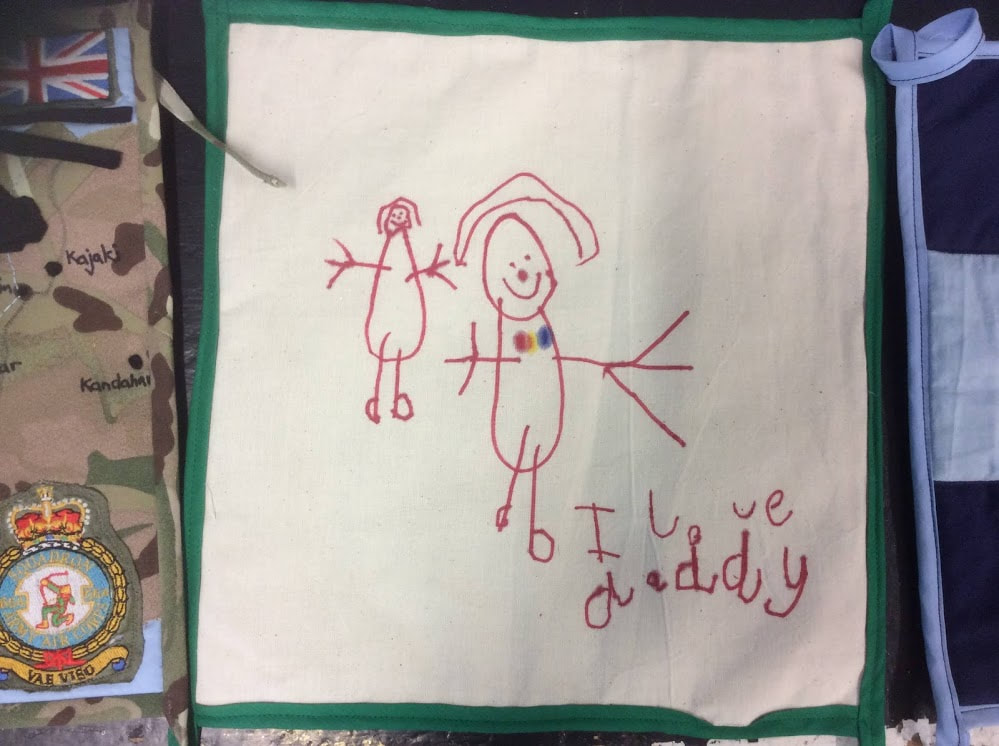 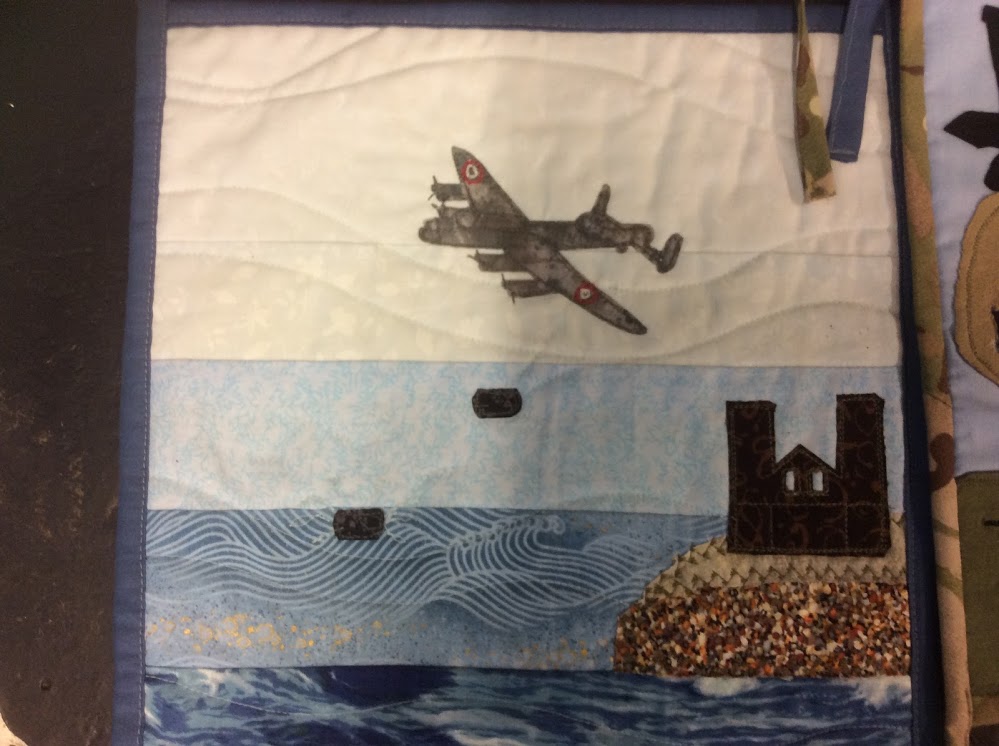 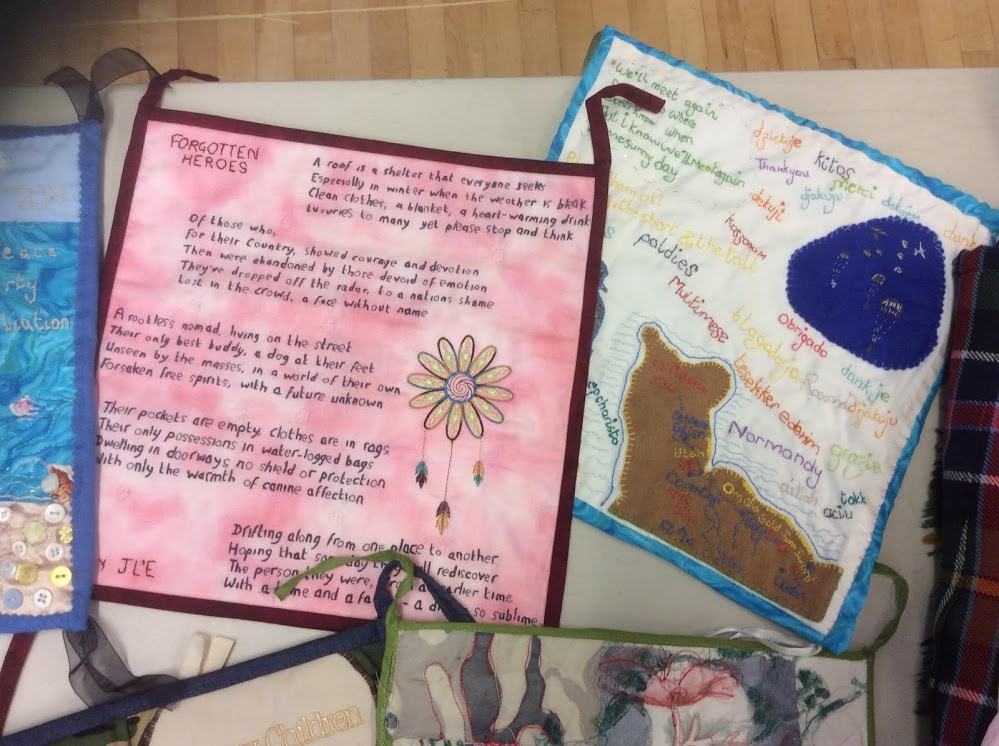 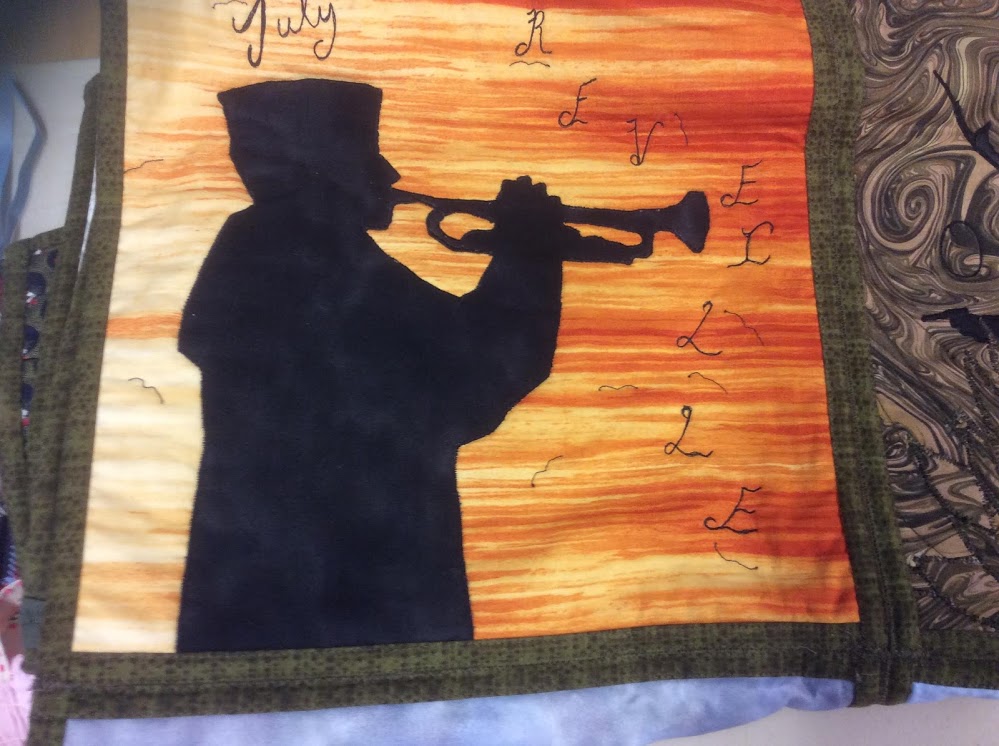 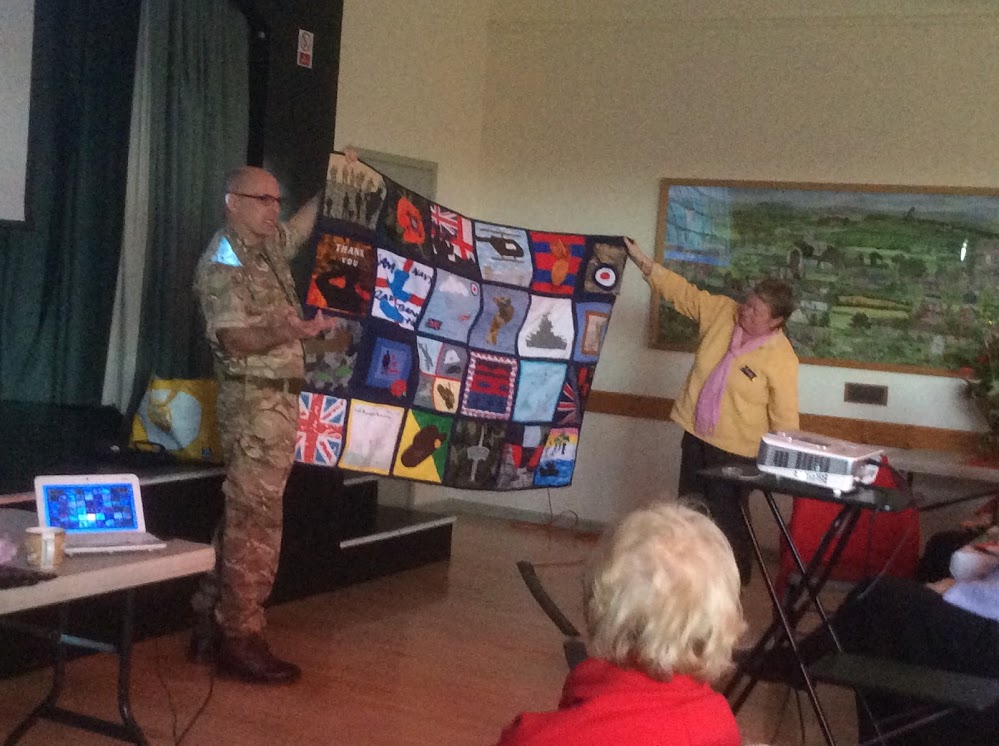 Whether it be modifying backpacks in Afghanistan, repairing cuddly animals during tours of duty, making costumes for musicals, modifying clothes for Skiing for the Disabled or making bags with local primary school children, Neil’s sewing skills were there for all to see.  All through his talk Neil emphasised the importance he finds in relaxing and de-stressing through stitching and knitting and he talked about sharing his skills with others both in the military and on civvy-street.  He reminded us that soldiers during the Crimea, the First and Second Wars had done the same.

Thank you Neil for sharing these amazing stories and opening our eyes to a side of our craft  that most of us knew nothing about.

Thank you to Vernice for sharing the photo she took of Neil in Salisbury earlier this year and to Lindsay for her “Salvador Dali” photo of our Christmas lunch table!
Report and photos by Ros