​Pamela’s interest in Russia started at a young age when her father worked in London near to the Russian Shop and bought home books and artefacts as presents.  She went on to learn Russian history at A Level and in 1973 her husband was posted to Moscow for 6 months.  At this time she was doing a 4 year City & Guilds Course and had the fortune to meet the Textile curator of the Museum in Moscow.  Pamela introduced her to art quilts which started in Russia about this time.
​The first evidence of metal thread work was found in Russia about 1592 and Pamela showed us a photograph of the Stroganov family shroud (below).  Similar work was being done in England at this time.  In the 17th C the aristocracy wore long beards, flowing gowns and coats but overnight this changed at the time of Peter the Great.  Beards were shaved off, the old style was banned  and western court dress was worn.  Merchants’ wives continued to wear traditional dresses made of silk and exotic imported materials.  Embellishments were worn on the end of plaits but when a lady married she hid her hair away.   Examples of textiles fortunately survived the Russian revolution where as a lot of paintings did not.   The blue court dress below was worn by the last Tsarina, Alexandra Fyodorovna.  It was made by the Atelier of Olga Bulbenkova in the late 19th-early 20th C 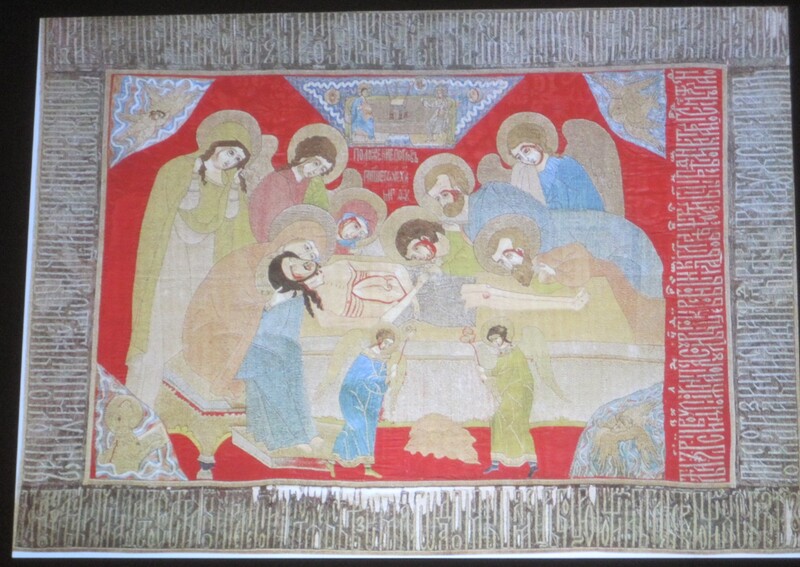 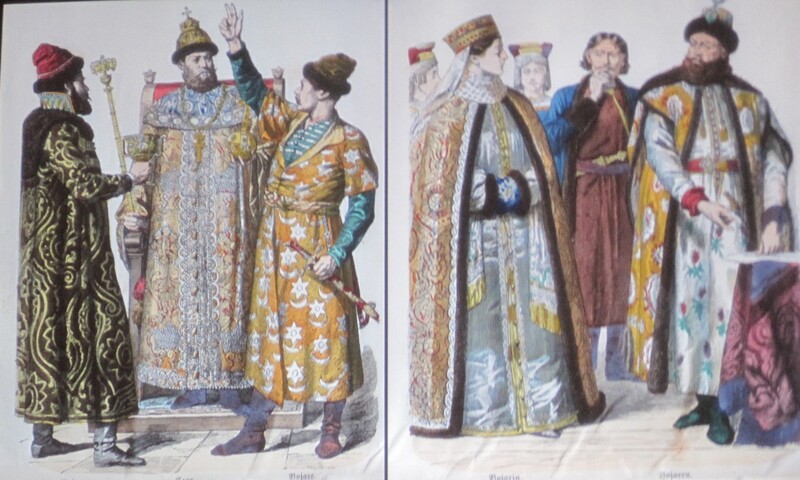 ​In 1903 a ball was suggested for pre and post revolution costumes and Pamela showed us photographs of the wonderful variety of outfits which were worn. 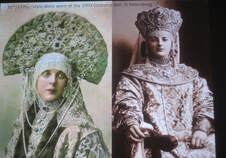 ​Nowadays gold work is now mainly found in the church costume.  Torzhok, a town between St Petersburg and Moscow is full of monasteries and a school of  gold embroidery.  Girls are taught the basics of reading, writing and arithmetic and then they continue to the embroidery school.  Below are some examples of items Pamela bought at the school and on her travels in Russia. 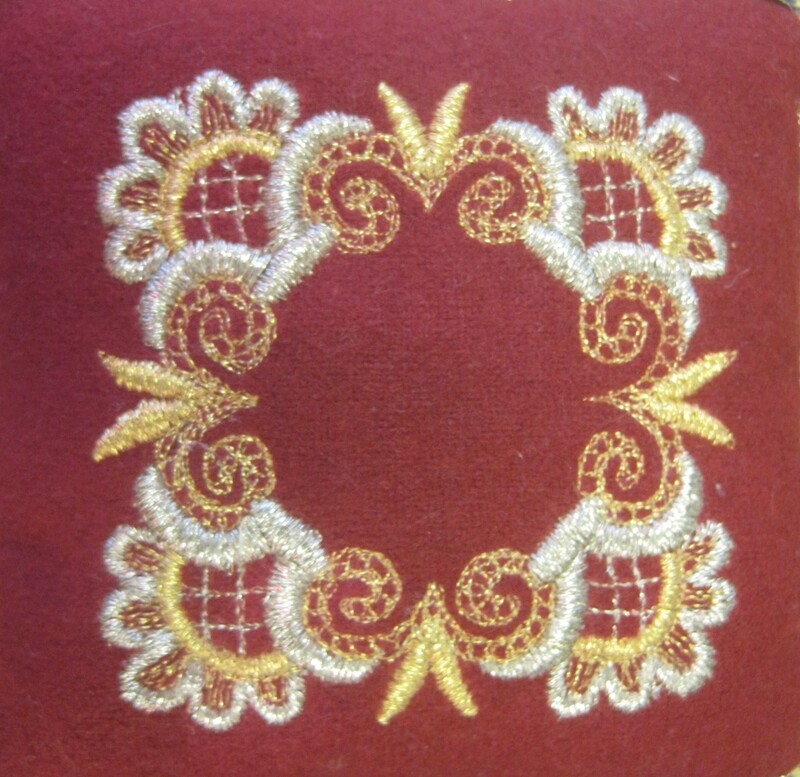 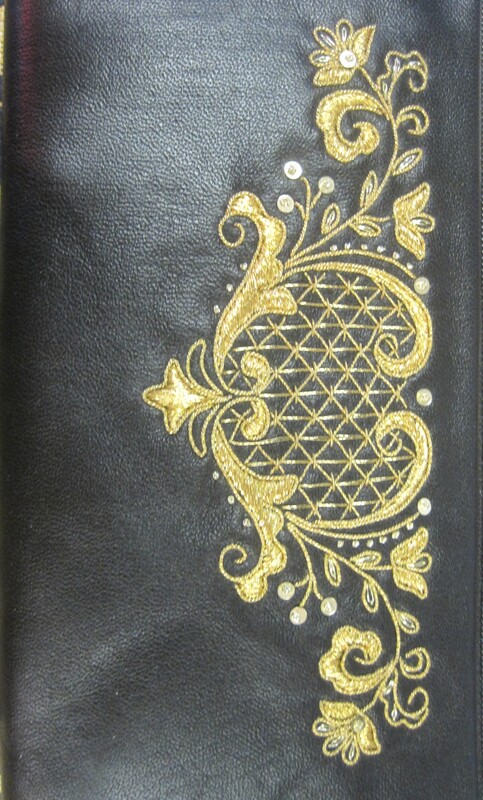 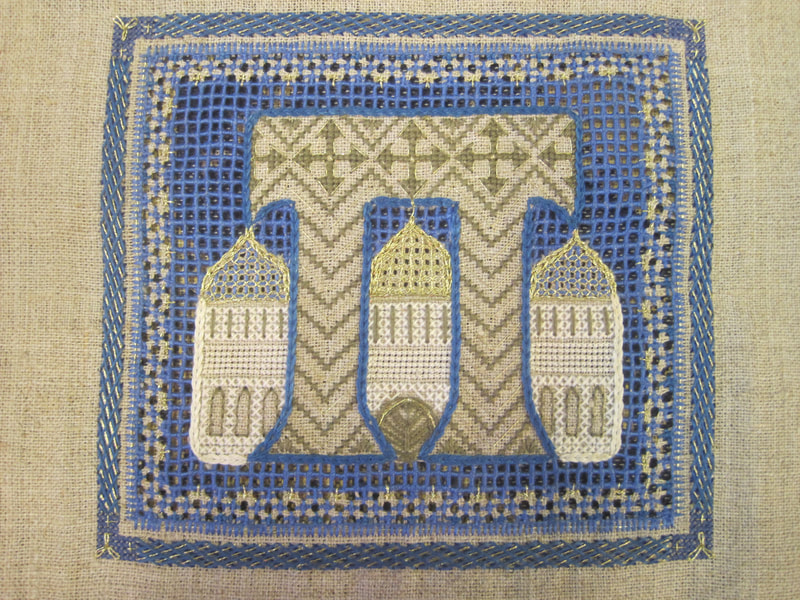 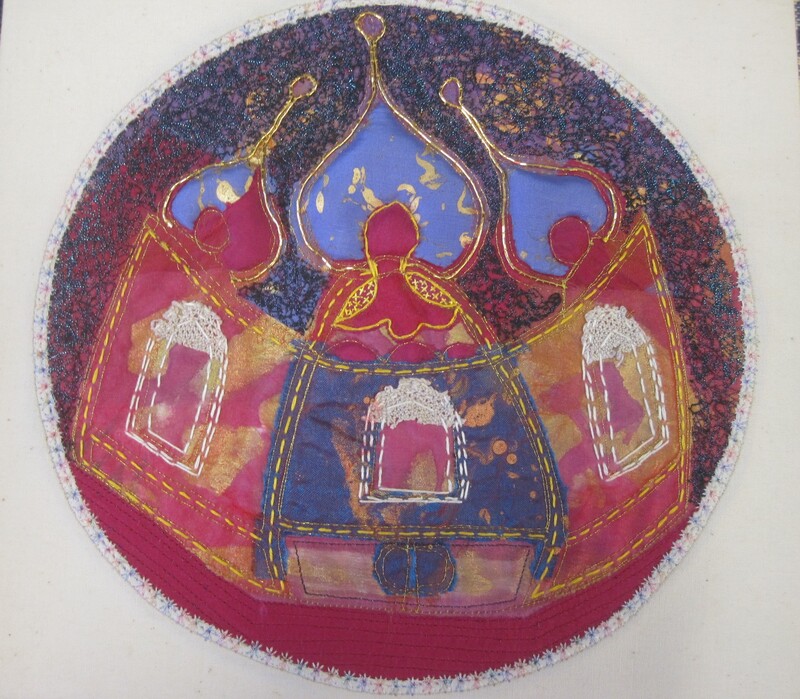 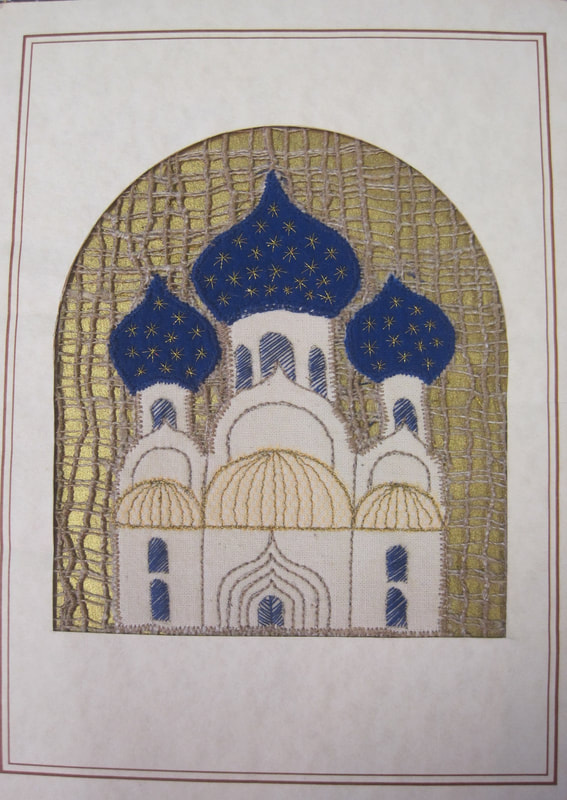 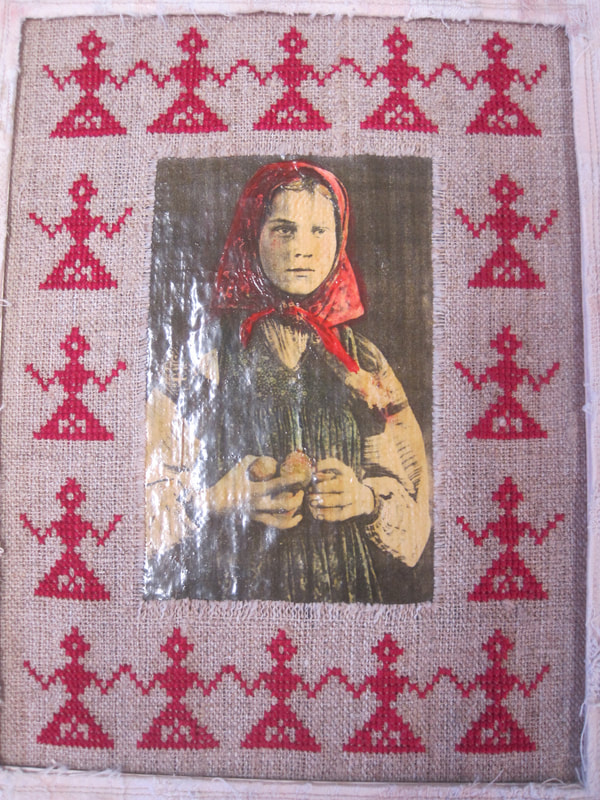 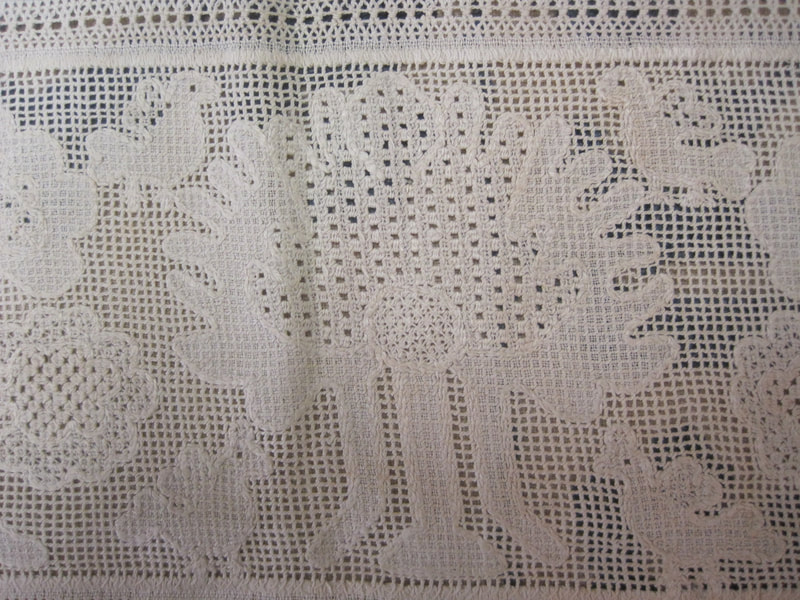 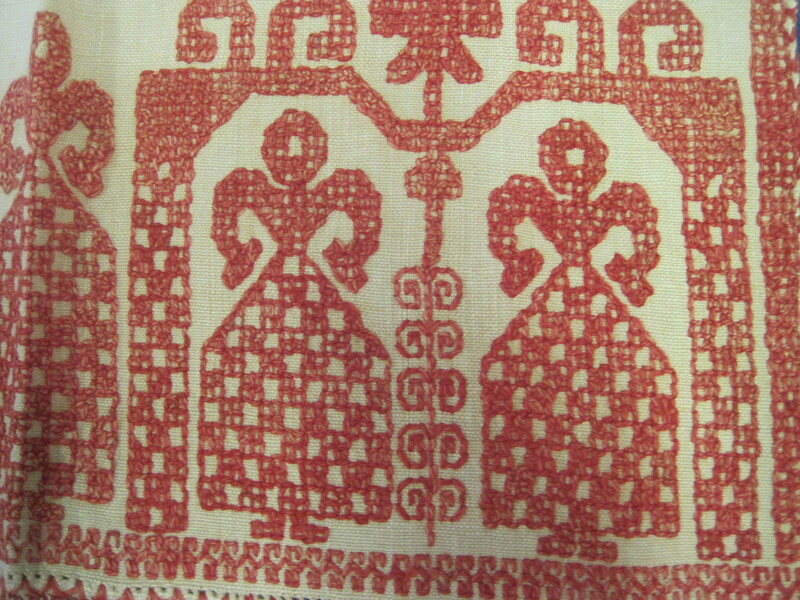 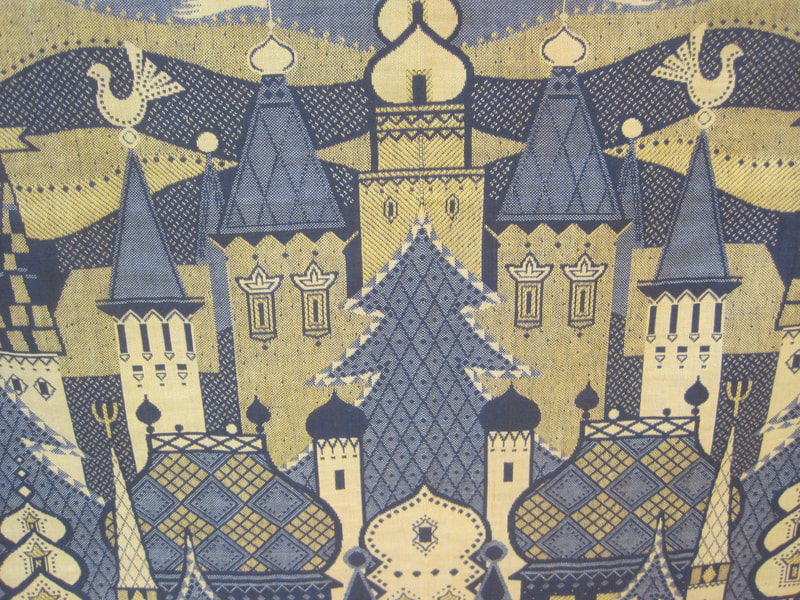 Thank you Pamela for a most interesting talk about a subject I knew little about!