The June meeting of the Guild was an open day when members’ recent work was on display and we welcomed ladies from nearby Guilds and several others who we hope may consider joining in the future.  The talk was given by Jae Maries.

Jae opened by telling us that she has just stepped down as Chair of the 62 Group of Textile Artists and recently took an exhibition of their work to the Koyo Museum, Showa Women’s University in Tokyo.

Jae followed a Fine Art Degree in Reading and her professor was a student of Sickert so there was a lot of life drawing but it lacked colour.  She moved to the States and was introduced to needlepoint which she did not enjoy but she started using threads again so when she returned to the UK she enrolled on a Post Graduate diploma at Brighton Polytechnic.  The course covered machine embroidery, printing and weaving and in time she became interested in mono printing, patching and piecing using machine and hand stitching.

Over the years Jae’s work has been influenced by her sketchbook ideas, her experiences, her travels and more recently, everyday life.  She did a series while her husband was working in Rome and Bangkok, another with a homelessness theme and a series responding to her feelings when her father was suffering from dementia.  She was commissioned to create a large hanging for a school in Swindon and, with Wendy Dolan, she created one for the Ashridge Management Development Centre in Hertfordshire.

Her latest work was influenced by the wet weather we experience last winter.  This series was in 8 panels so it can be swapped around and packaged up easily for transportation.  Thank you Jae for a most interesting talk. 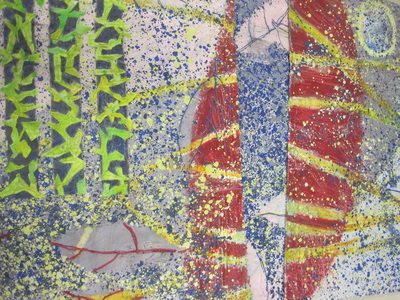 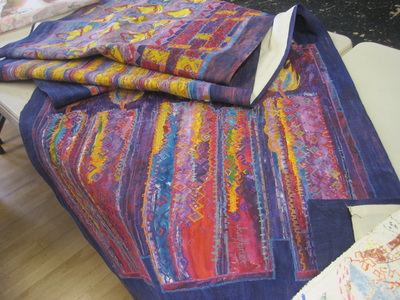 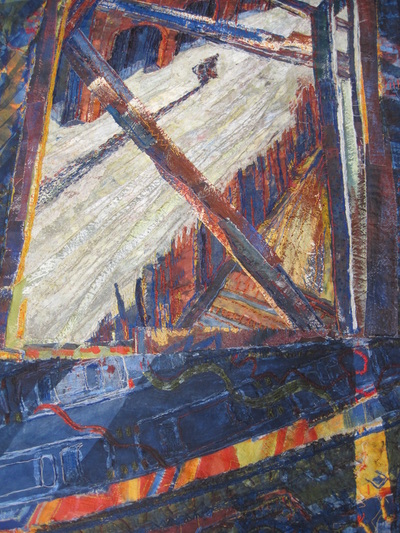 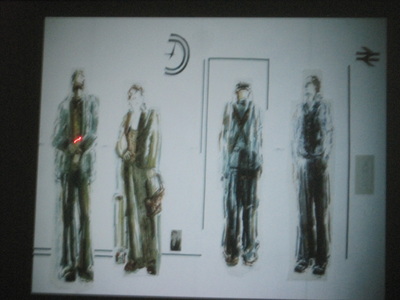 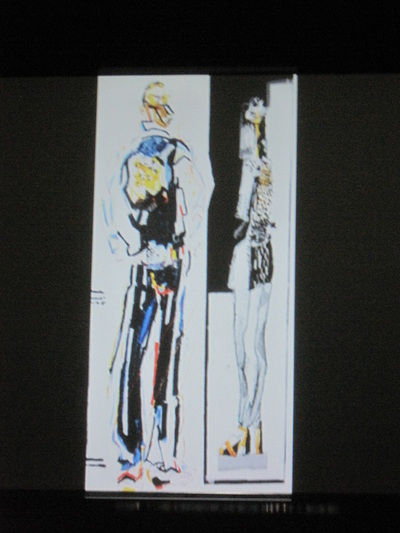 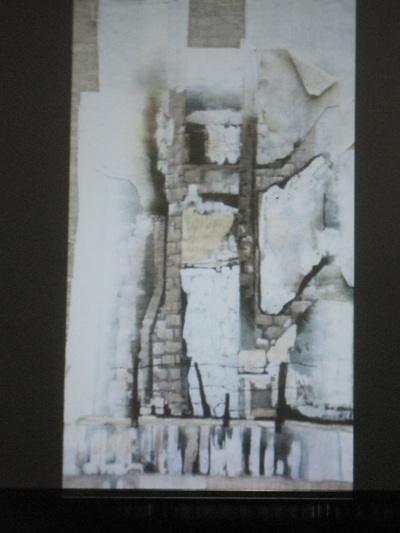 The next meeting of the Guild will be on Monday 7 July when the speaker will be Robina Orchard and her talk will be entitled “Lupins to Light”. 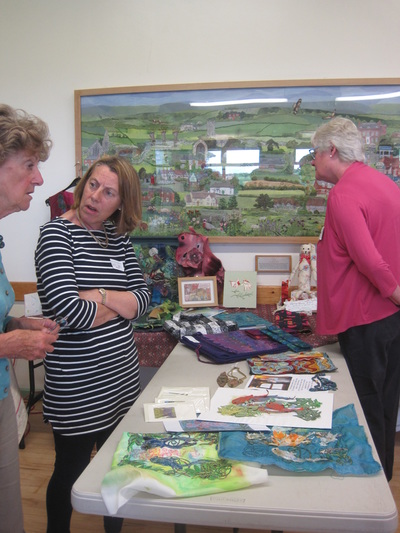 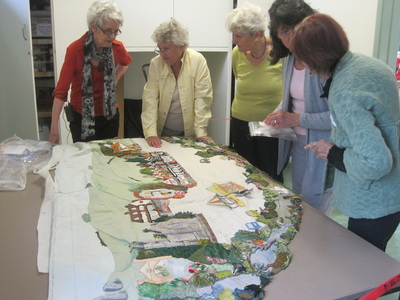 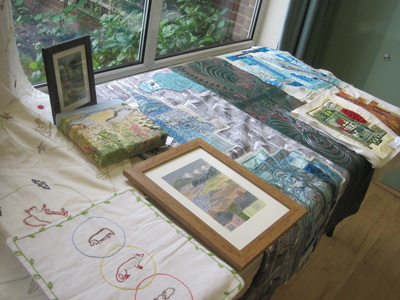 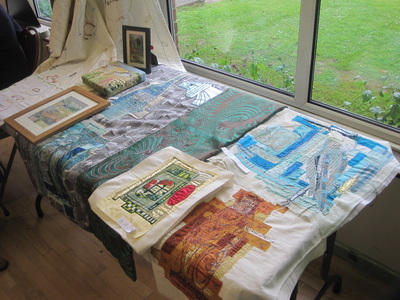 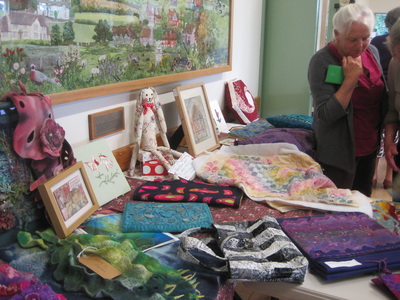 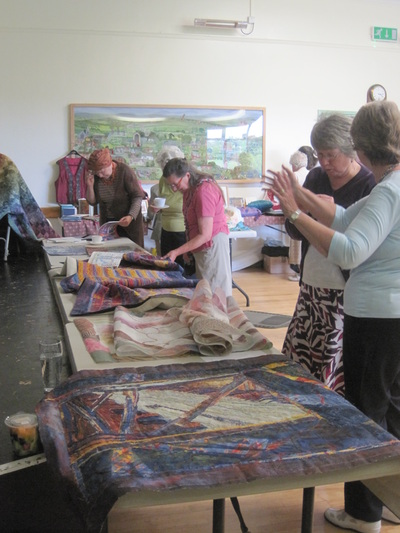