For our July meeting on Monday we had a very interesting talk by a member of our Guild, Robina Orchard.   Robina has an art back ground and has followed City & Guild courses. Living in the Andover area and more recently near Devizes she has created and organised community projects and she showed us examples of this and her own work.

Over a ten year period she created and helped stitch the Test Valley tapestry after which she was asked to make a cover for a stool showing the client’s house.  Eventually this ended up as a 6’ x 4’ wall hanging and took 365 hours to embroider.  While living in the same area she won a competition to create a tea towel which has sold all over the world.  Community projects in Luggeshall, Weyhill and an alter frontal at Amport were also undertaken. 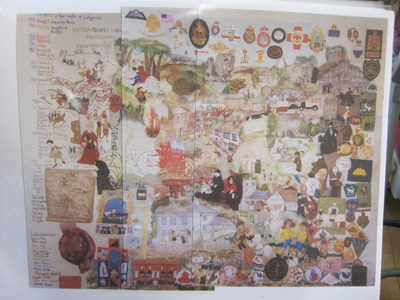 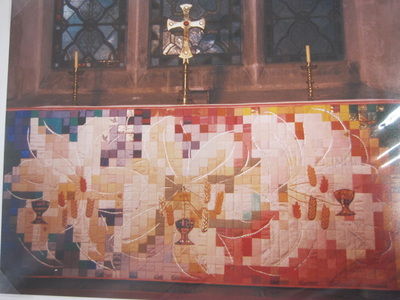 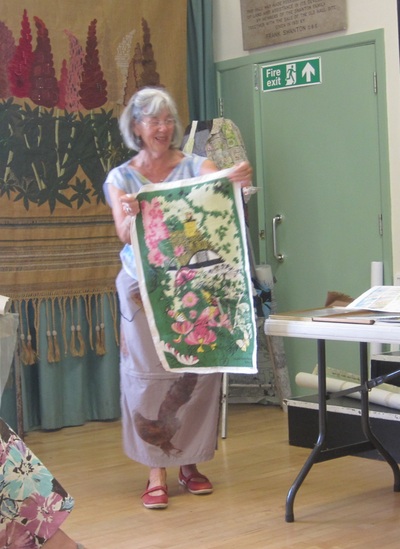 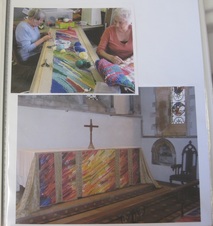 In 2006 Robina moved to the Devizes area and was asked to design and co-ordinate the creation of two alter frontals, kneelers and vestments for St Mary the Virgin in Potterne to commemorate their 750yr birthday.  The design was taken from light shining through the stain glass windows. Robina was keen to involve the whole community and she read a poem which had been written by a partially sighted lady who was unable to assist with the embroidery. Thank you Robina for a most enjoyable talk. 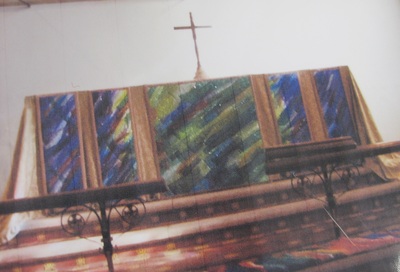 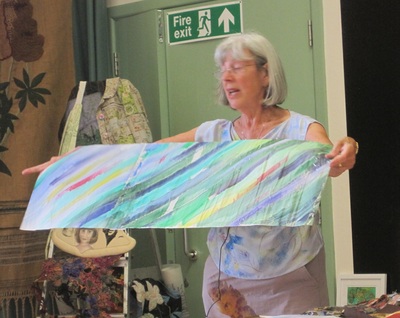 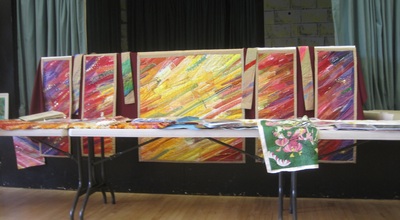 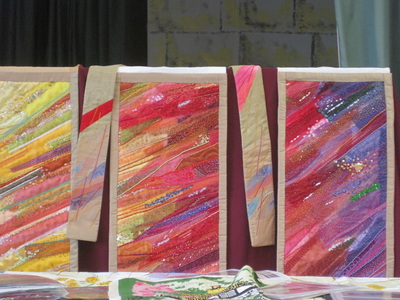 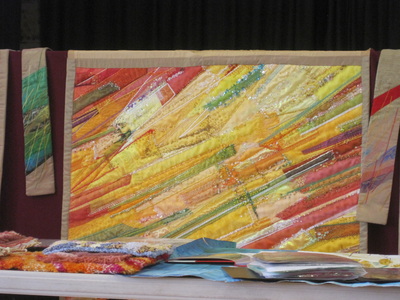 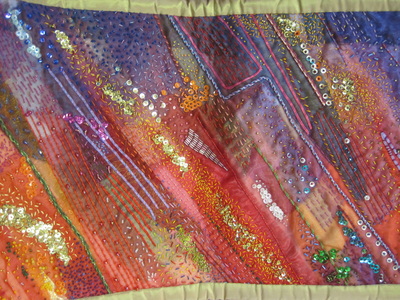 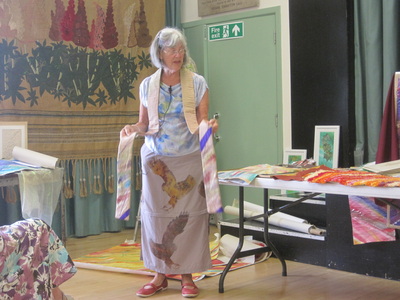 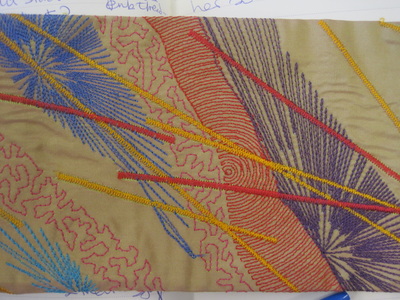 There will be no Guild meeting in August, the next meeting will be on Monday 1 September when Jennie Rayment will give us a talk entitled “Trials & Tribulations of the Travelling ‘Nipper & Tucker’”.   Reported by Ros