Jane O’Brien started her working life as an interior designer after studying the History of Art. She became interested in damask, a fabric which she explained originated from the city of Damascus at the end of the Silk Route.  It is distinctive as it is reversible with a matt and shiny weave.  Classical plants and birds were the most common patterns but Jane explained that in the past people chose battle victories or events in their life as a design source to create their own bespoke wall coverings or table linen.
Instead of showing samples of old materials, Jane’s presentation told the story of damask through a series of paintings, many of which we recognised but had not studied with regard to the fabric.  She pointed out the pomegranate fruit and the reversed images of birds on many of the designs which went as far back as 1370.  A number of these paintings can be seen in the National Gallery.  Jane also mentioned Waddeston Manor as being an interesting house to visit for examples of damask wall papers and furnishings.
Below are links to various examples of damask:

Adoration of the Magi
https://www.uffizi.it/en/artworks/adoration-of-the-magi

Jane went on to explain how she had incorporated damask into her work using images of old masters, text and damask in collage.  Bringing the fabric up to date she had worked on an apron, a duster and even tea bags. 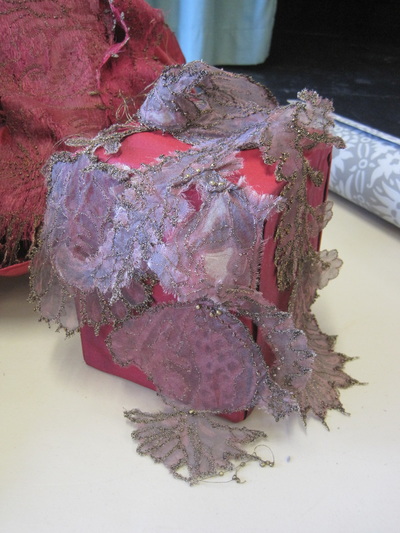 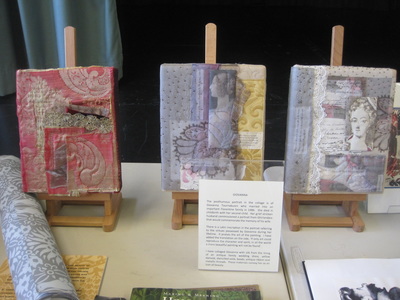 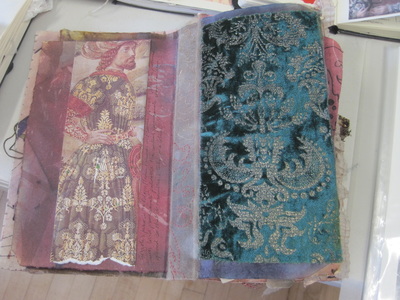 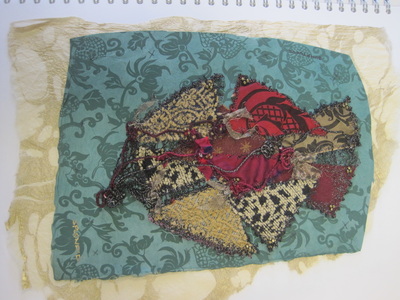 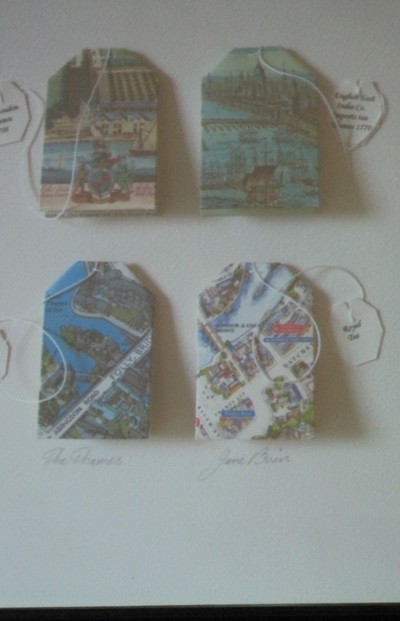 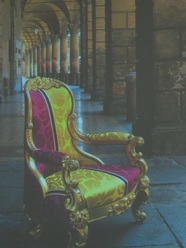 Jane concluded by talking about the Italian company, Rubelli (https://www.rubelli.com/en/) and explained how damask is still widely used for wall coverings and upholstery.