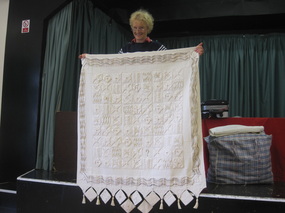 This was the first time since I joined the Embroidery Guild when I spent most of the monthly talk in fits of laughter.  The name, Jennie Rayment, was known to me but I did not realise that she was such a wit and raconteur.  Jennie’s talk was entitled “Trials & Tribulations of the Travelling Nipper & Tucker” so I might have guessed we were in for fun.  Jennie travels the world talking to groups, attending conferences and shows and giving workshops showing her fabric manipulation in the form of tucks, pleats & various textures a number of which are transformed into quilts.  She has written a several books and has a regular slot on the Create & Craft TV channel. 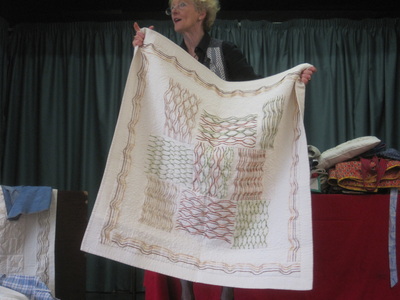 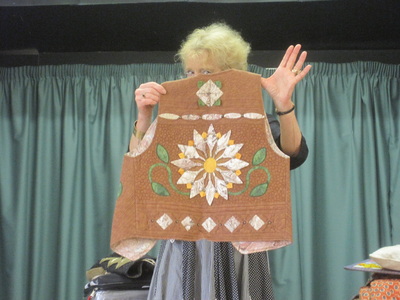 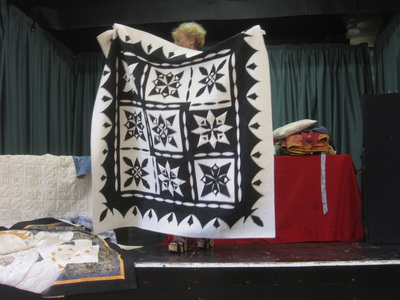 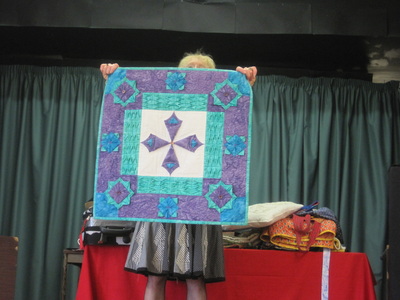 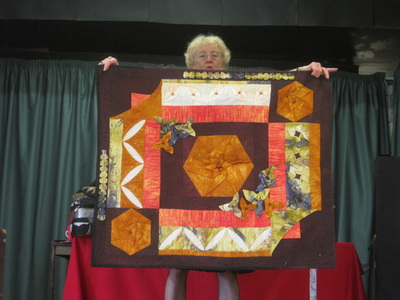 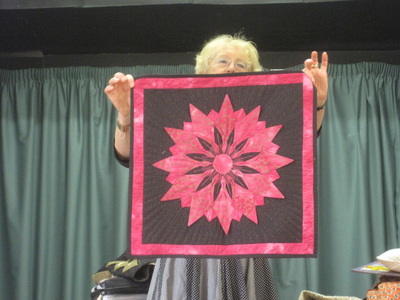 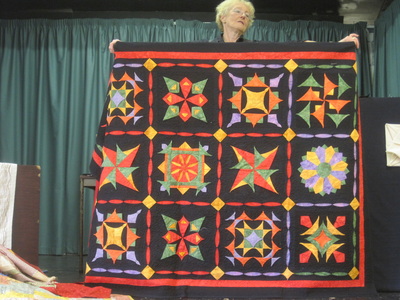 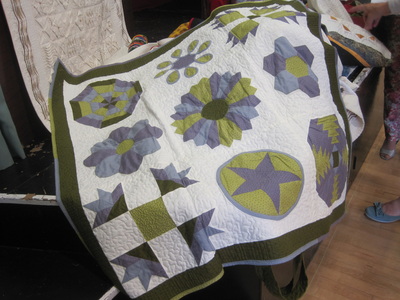 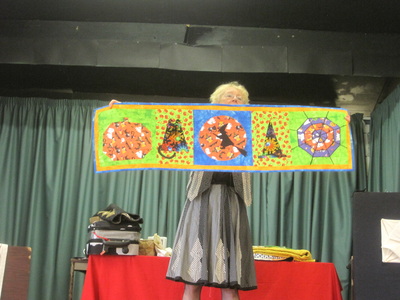 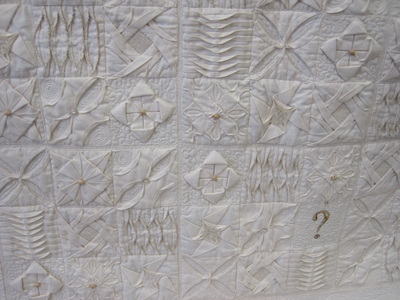 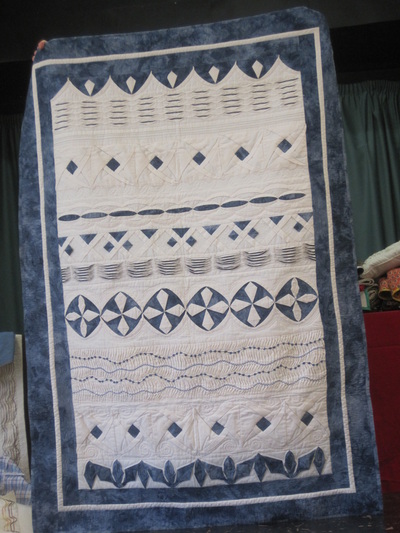 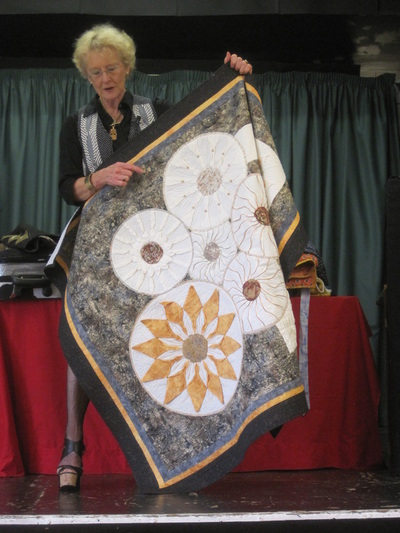 Jennie told us hilarious stories about her travels whilst displaying really beautiful quilts which show her techniques.  They included various incidents at airports, the challenge of buying a pair of tights in the USA and the time she caught her skirt in her hotel bedroom.  The grand finale of the afternoon was Jennie transforming into a Bunny Girl serving a tray of drinks. 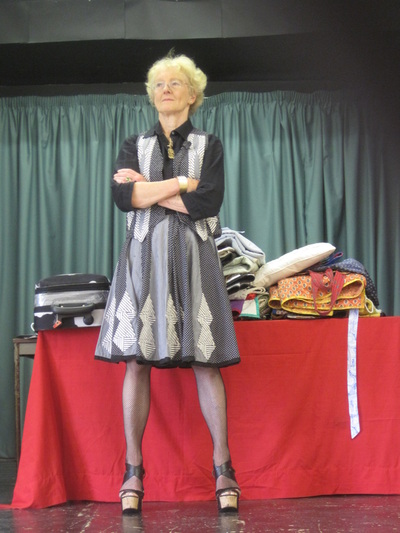 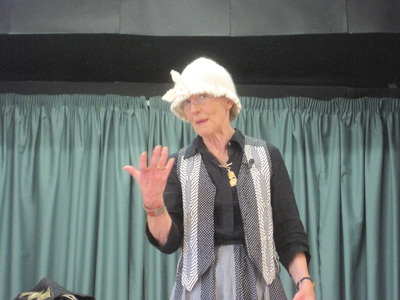 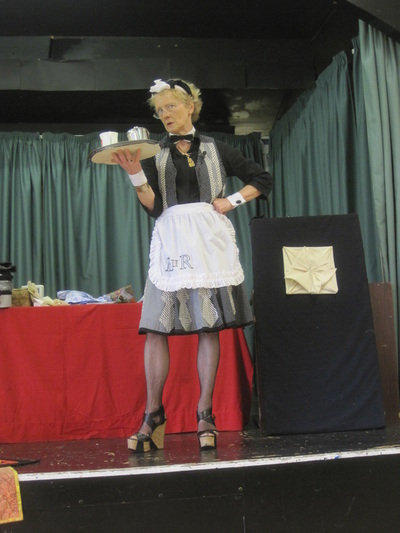 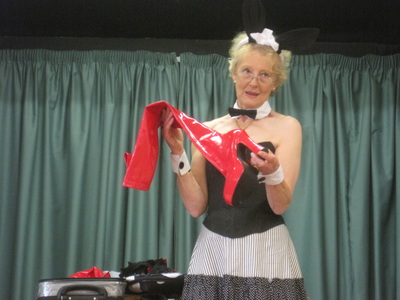 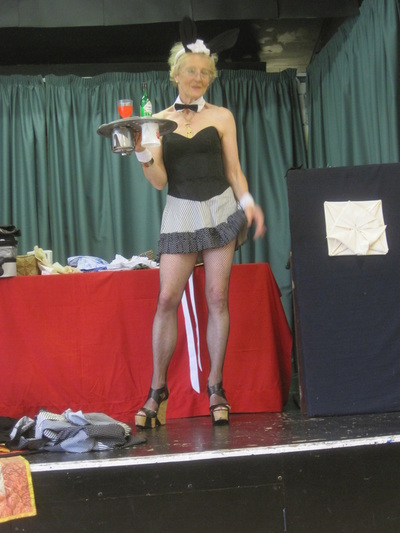 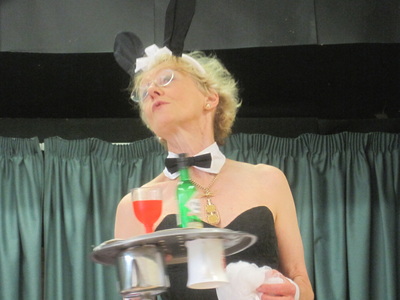 The next meeting of the Guild will be on Monday 6 October when the Branch AGM will be followed by a Show & Tell and member Kath Danswan’s talk will be entitled “Travels with a Needle”.  The doors will open at 13.30 and the meeting will start at 14.00.