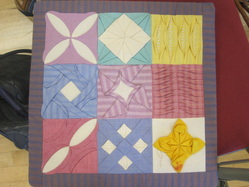 I was not sure what to expect the following day for Jennie Rayment’s “Suduko with Texture” workshop.  If we laughed as much as we did yesterday how would we ever be able to complete the project? 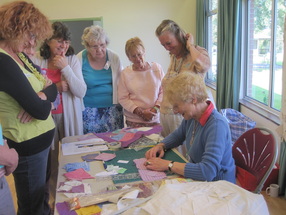 I must say the day was one of the best workshops I have attended.  Jennie’s instructions were first class, she demonstrated each stage of the 9 square suduko twice so those wanting to rush ahead could do so whilst those who wanted to take more time were not left behind.  Each square showed a different technique and Jennie told us the aim was to finish the project in the workshop and I think most of the group achieved this.  I would like to add some embroidery and beads to my work but this can be done in due course. This workshop helped me considerably with my current module of City & Guilds as I had to learn about fabric manipulationand also  research Jennie Rayment as a textile artist. 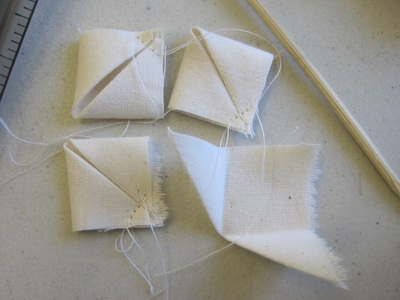 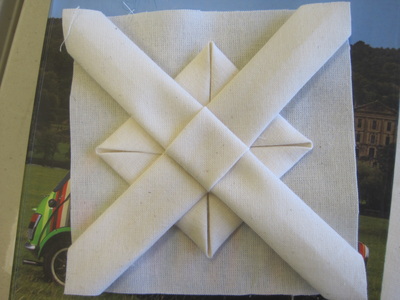 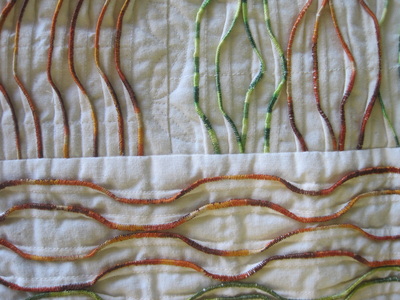 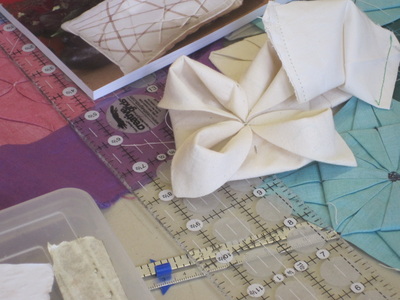 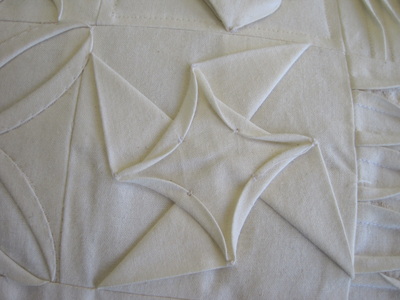 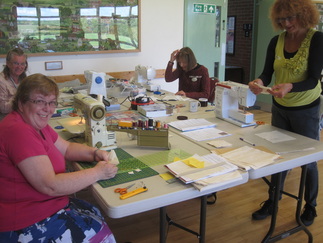 Everybody was focused all day with little time for chat but we ended the session with a super joke from Jennie which stills makes me giggle two days later.

Thank you Jennie for being so generous with your techniques and a fun workshop.