Meike Laurenson was born in Germany and had a Danish father who died before she was born. She had a challenging upbringing, came to lived in England at 18 and has always loved art. She told us her complex story and how, as a mature student with a young family, she did her teacher training.

After her divorce she moved from London to live in Reigate and had a small holding where she kept sheep and started spinning. Taking early retirement she enrolled on a foundation course at the Reigate School of Art. While at a workshop in Dorking a dress designer showed her how to block a hat and this started her love of millinery. Constance Howard was invited to look at her hats and said all hats need a crown, a rim and a rose and commented that Meike’s creations were not really hats so it was suggested she enrol at the London College of Fashion which she did between 1993 and 1996.

Over the years Meike has had various exhibitions and undertakes private commissions which she does not love as much as the freedom of being able to create herself.
​
​She went on to show us a wonderful selection of hats which she had designed from her original creation (see above), a summer and winter collection and a collection based on a visit to Nepal. Two of my favourites were the Boy George hat and a blue, red and white one which she created for a workshop in France which had to include five sides. Meike concluded her talk by showing us a design entitled “it’s not a hat” which was created by felting a number of golf practice balls and attaching them to a crown. The final hat was entitled “dare to wear” which was an interesting fun construction. 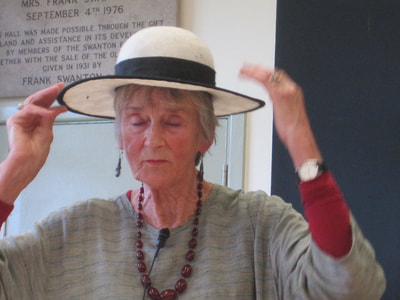 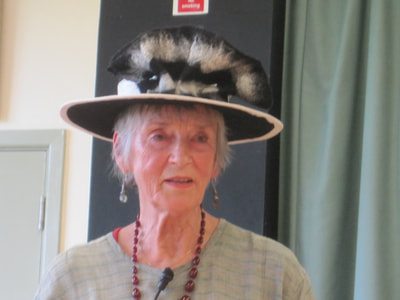 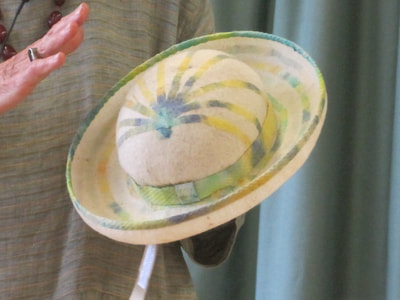 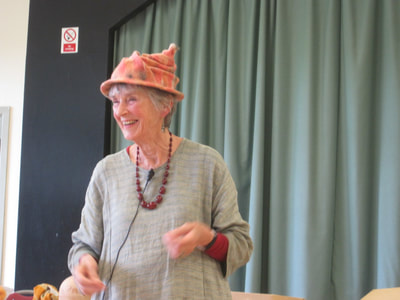 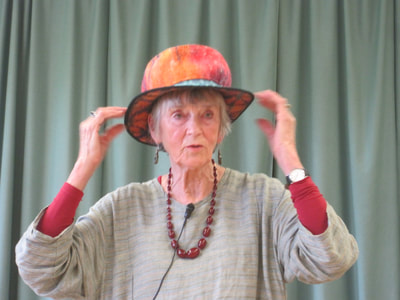 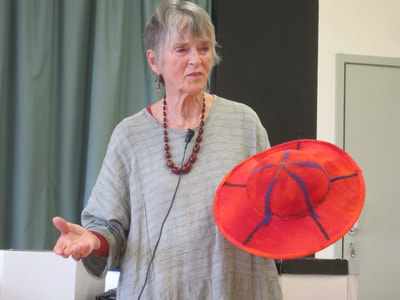 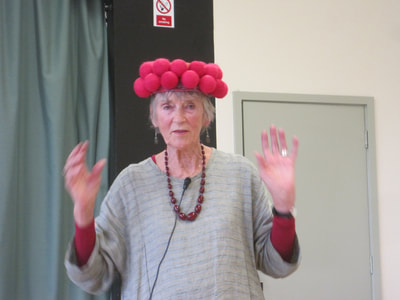 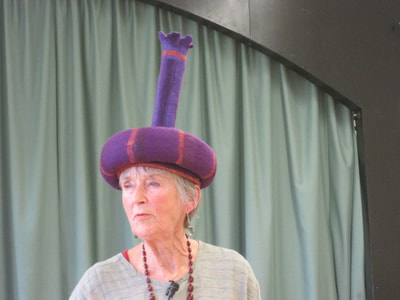 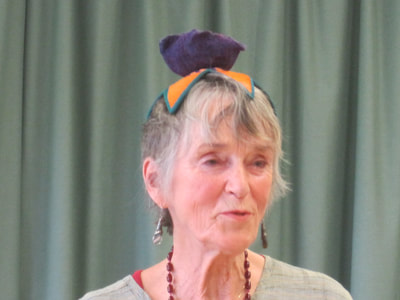 I wonder how many other members in the room were wanting to try the hats on!