On Thursday 10th June we had a fabulous talk by Suzy Wright, an inspiring and colourful textile artist.

She described growing up in Dorset and her early years at school where, diagnosed as dyslexic, she received very negative feedback from her teachers. The one exception was her art teacher  who praised her work and encouraged her. She went on to do art and textiles at GSCE and, in order to produce the volume of work required, began using a sewing machine to ‘draw’. This was the beginning of a lifelong passion to paint and sew.

Her heart and soul went into her sketchbooks and her project pieces which included a cream calico coat and a peacock coloured fishtail skirt. She went on to Bournemouth College leaving her school work behind for assessment. A fire in the art block of her old school destroyed every piece of work that she had done bar one! This now stays with her wherever she goes. 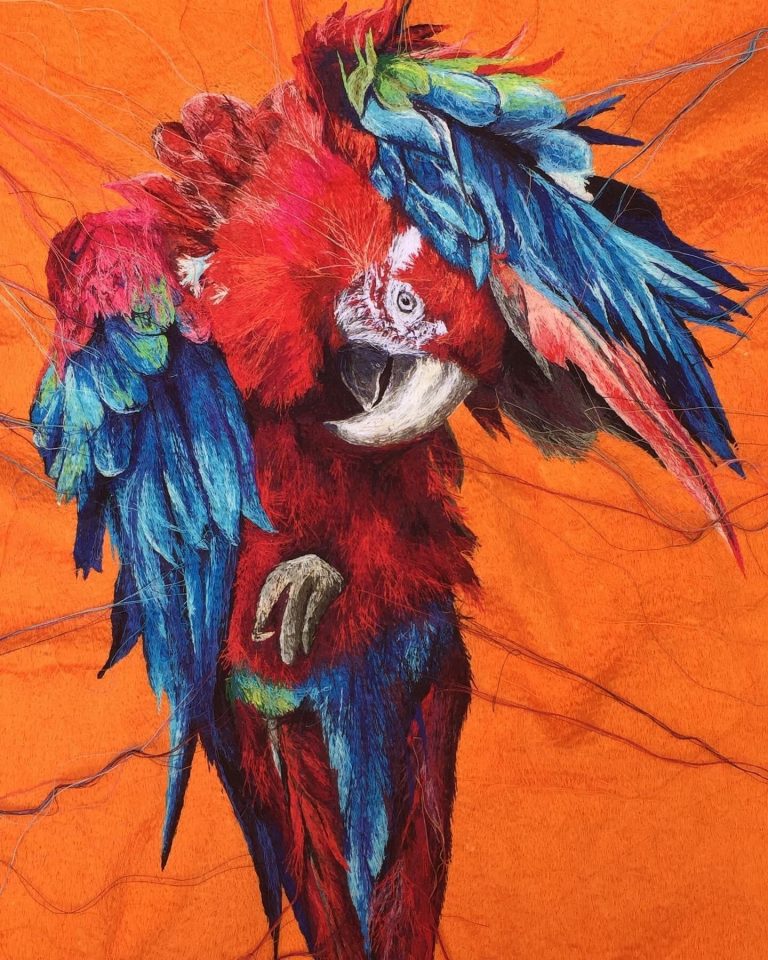 Like a phoenix, unable to be thwarted by this, she continued her courses, ending up at Westminster University studying fashion design. She quickly realised this was not for her as it was too neat and precise and she felt she had lost her artistic flair. For her internship she worked for Zandra Rhodes and loved it but was still not able to relax into her work enough.

After leaving university early she started working with Kaffe Fasset where she began to catalogue their archive of work. Two years later, having done no sewing of her own, she went home, took over the kitchen, and began to draw and sew. Part time work in a local farm shop gave her some income, something she has continued to do. She was inspired by the fruit and veg that was for sale and was able to hang some of her pieces on the walls of the shop. Here she made her first sale!

Needing her own studio she moved to Glastonbury and then on to a communal workshop in Oxford but, deciding she preferred to be in her own space surrounded by the chaos of her hundreds of reels of threads and pieces of work that she had done, she returned to Dorset. 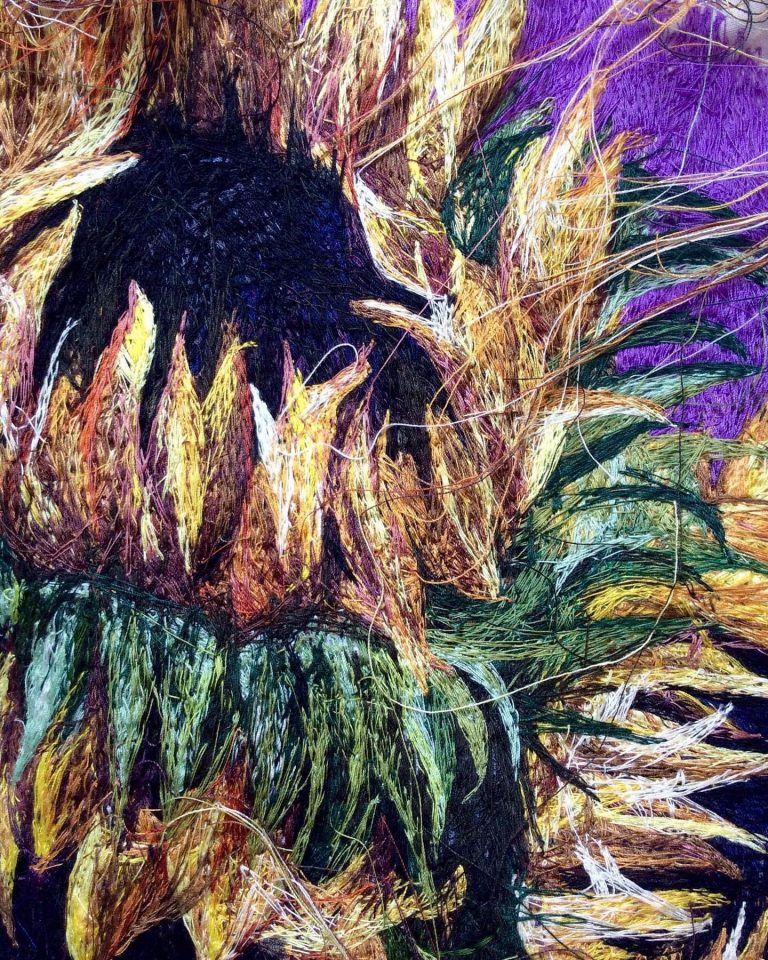 Her work is full of colour with solid stitching for which she uses jeans needles as they are stronger. She works on a medium weight calico which she does not put in a hoop as she likes the distortion of the fabrics. She leaves the thread ends on the surface of her pieces, partly because the university of Westminster didn’t like it!!

She loves colour and portraying people, her pieces include Zandra Rhodes, Grayson Perry, Janet Street Porter and a self portrait with her own 3 tropical birds on her head and shoulders. Honesty, she says, is key!

In the future she will be exhibiting at the Knitting and Stitch Show this year and, whilst always working on her own projects, will have some small workshops to share her knowledge and passion. 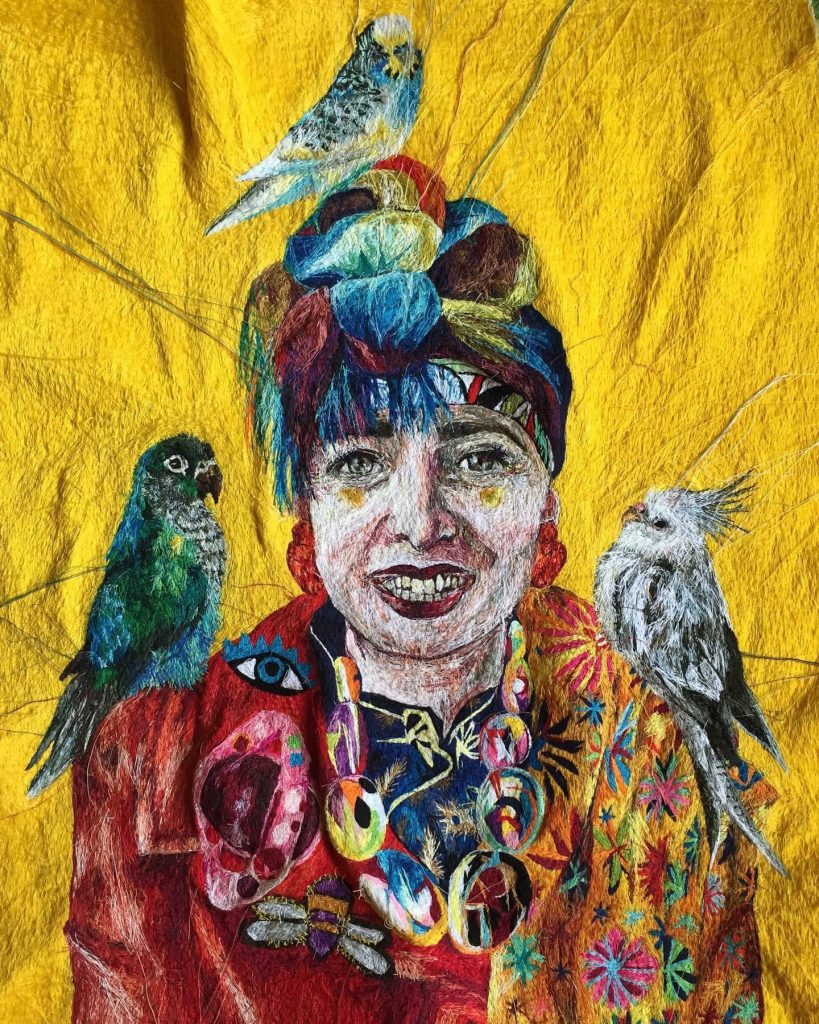 Report by Lindsay – thank you Lindsay!