Skip to content
Home > 2018 > December
​Early each December we all enjoy a “bring and share” buffet lunch to start the festivities of Christmas. 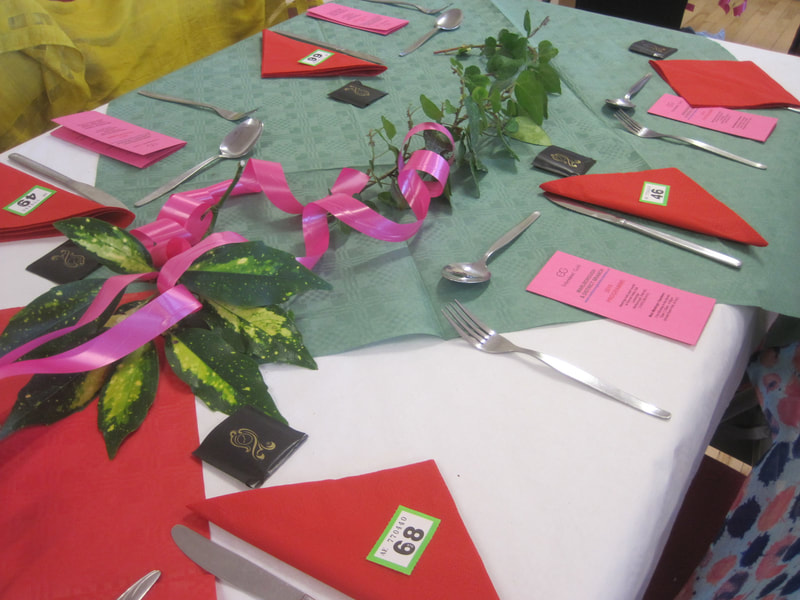 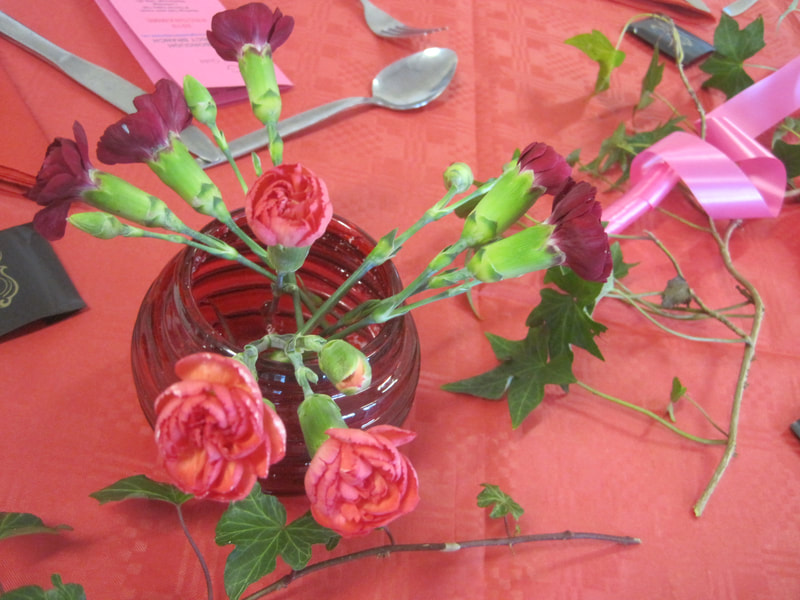 ​This is always a memorable event with a wonderful spread of delicious goodies.  After the meal we have a surprise speaker and this year Lynda Warren entertained us with her talk entitled, “He’s Behind You”! 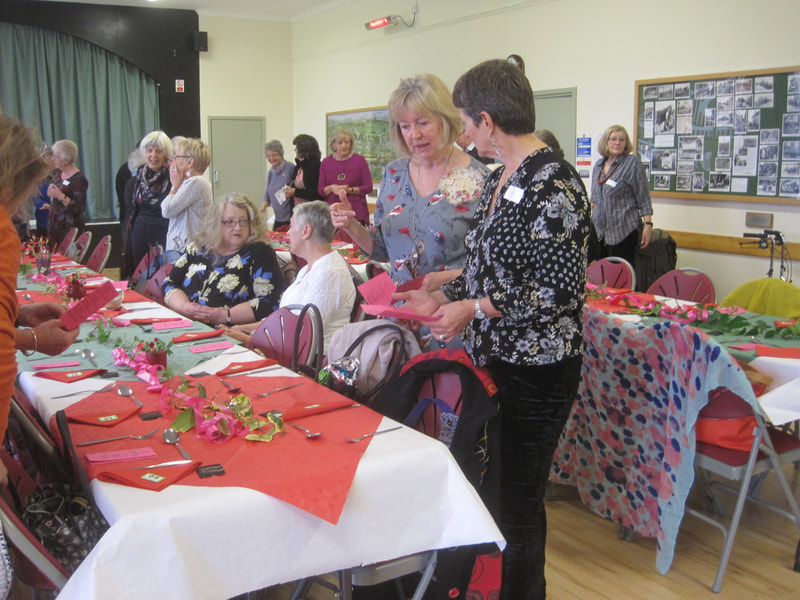 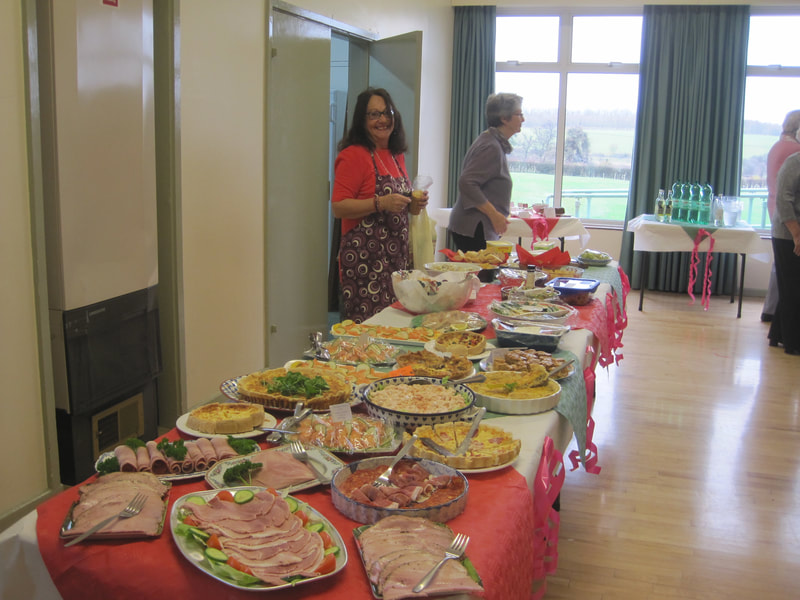 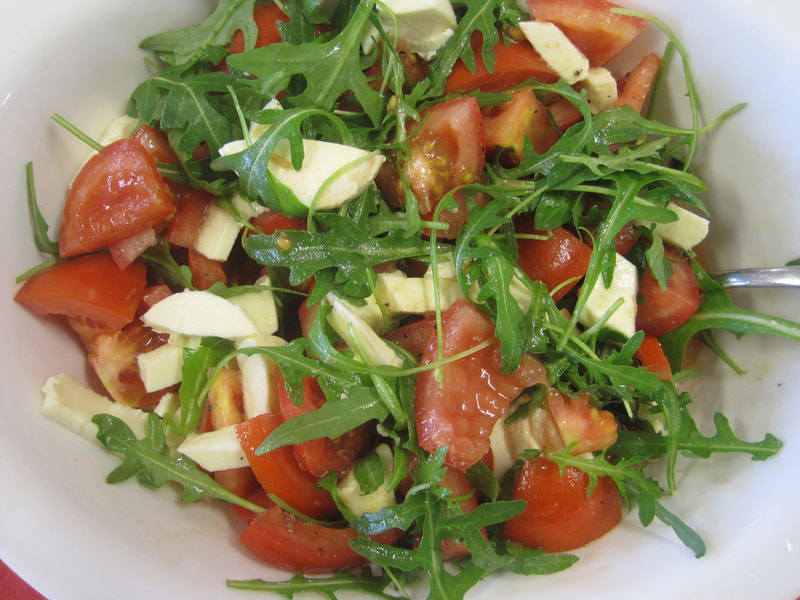 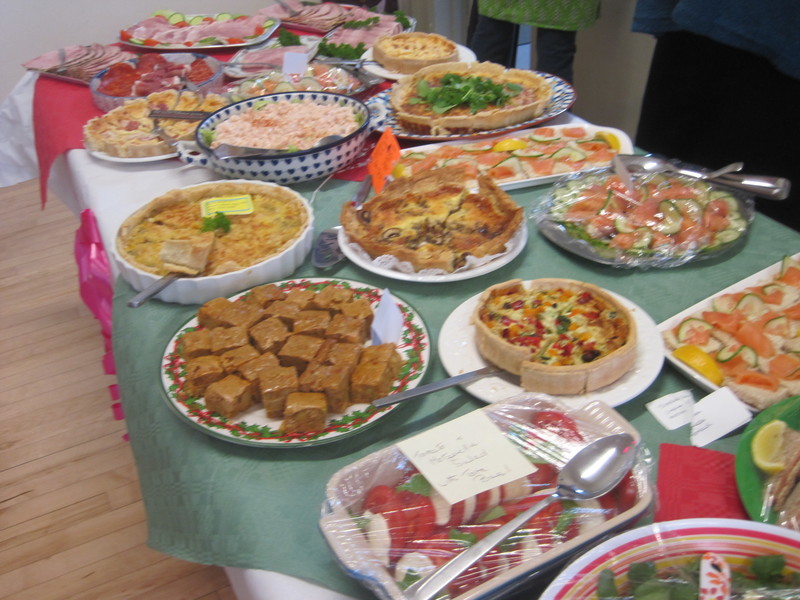 From the title you can probably guess that Lynda Warren talked about pantomime.  Lynda’s background is in the theatre where she worked at the Wyvern Theatre in Swindon first in the publicity and then in the costume department.  She still works full time giving educational talks about the theatre, film and television.

She explained that pantomime first started in ancient Greece then came to Italy and France arriving in the UK in the 16th century.  Lynda talked about Grimaldi, the Harlequin and the commedia dell’arte.
​
Over the years the characters have remained the same with the principal girl dressing as a prince and men dressing as dames.  Modern pantomime has become very popular with television actors and pop stars taking the leading roles in traditional fairy tale stories – Dick Whittington, Jack & the Beanstalk, Aladdin, to name but a few.. A performance of singing, dancing, slapstick and jokes has entertained all ages of a family for years.  There is always a background of good versus evil with the good fairy arriving on the stage from the right and the villain from the left.  Audience participation has always been encouraged and the finale is usually a glamorous wedding or something similar.

Our November Stitch day was lead by Ann Smith when she guided members to make bespoke Christmas cards using printed papers.  What a fun day and just look below at some of the fantastic results! 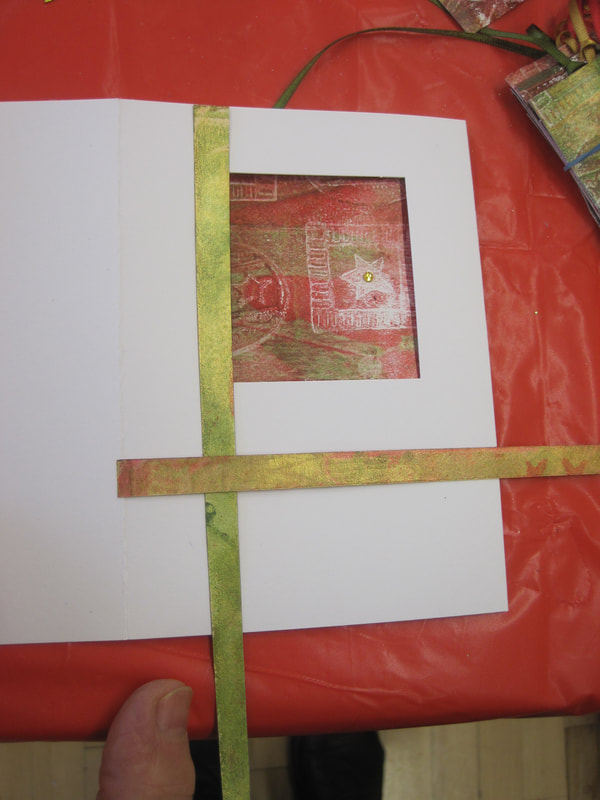 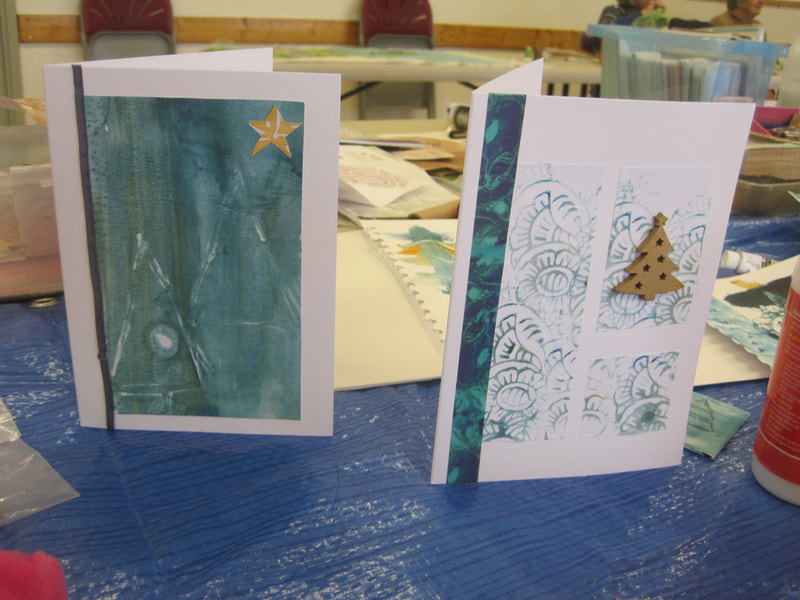 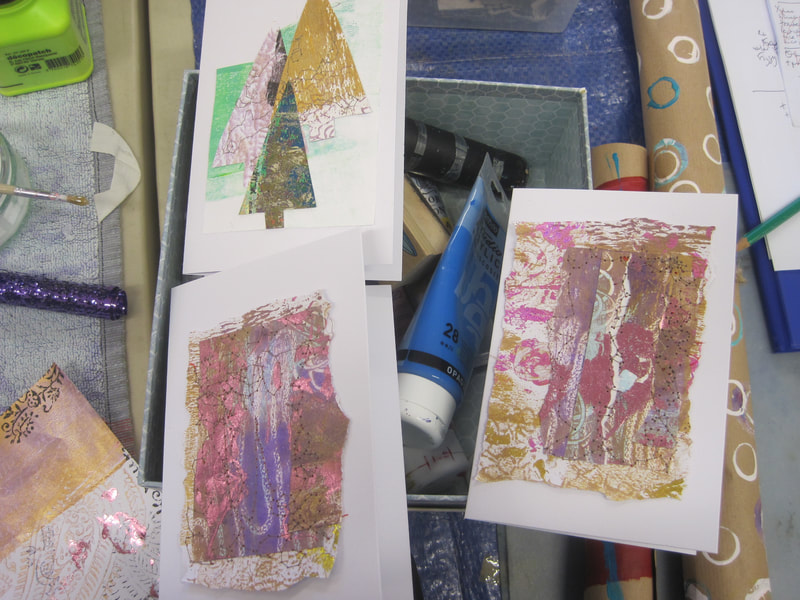 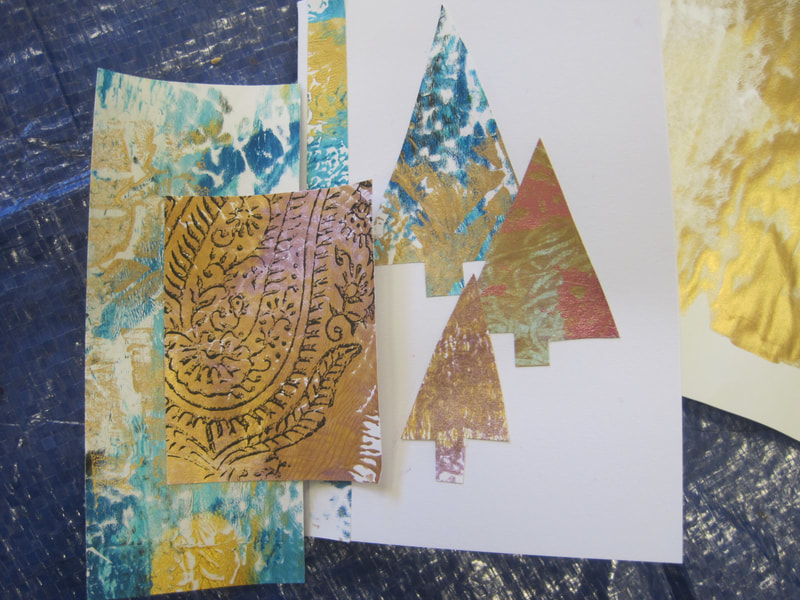 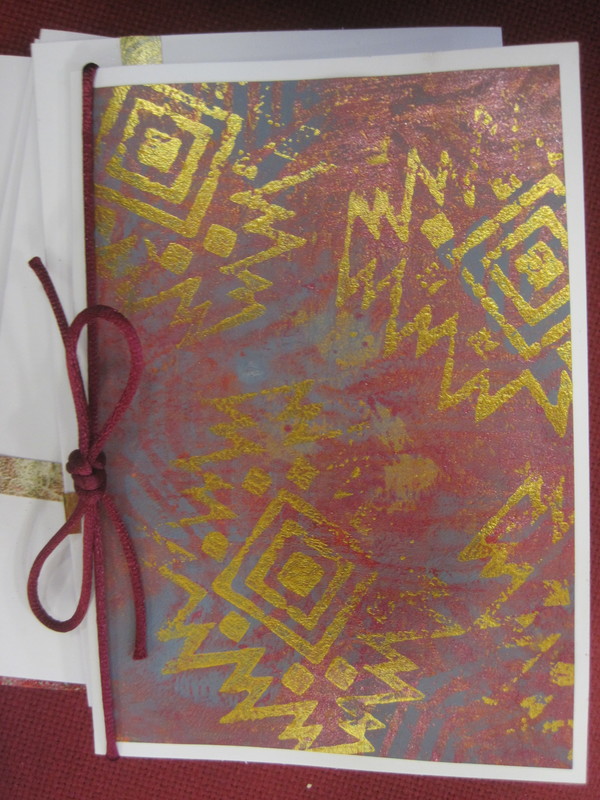 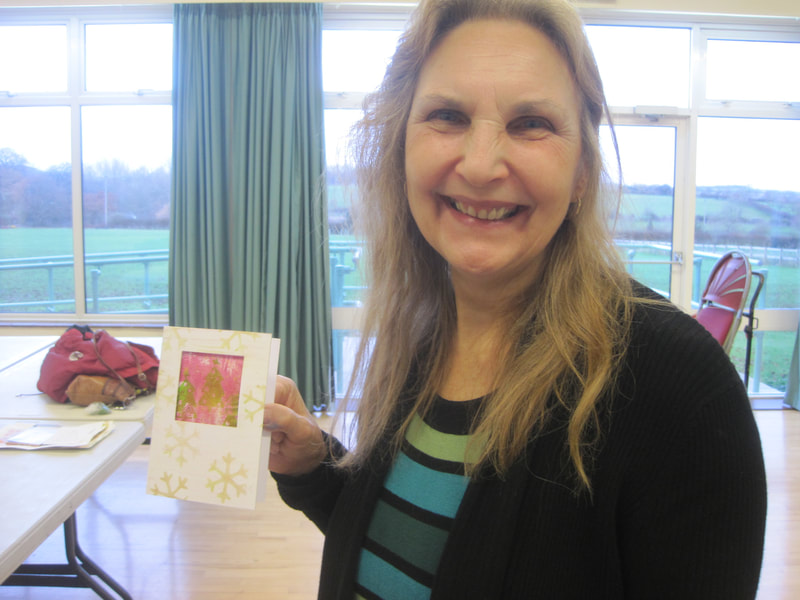 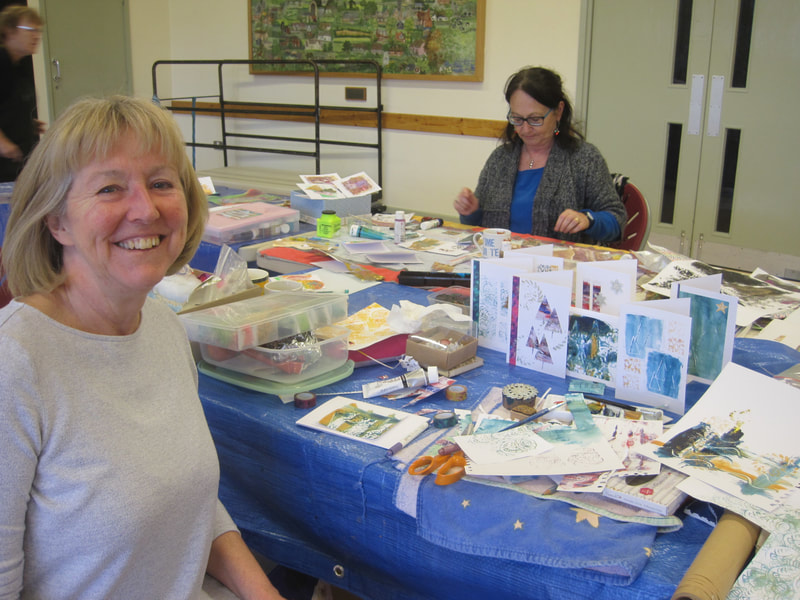 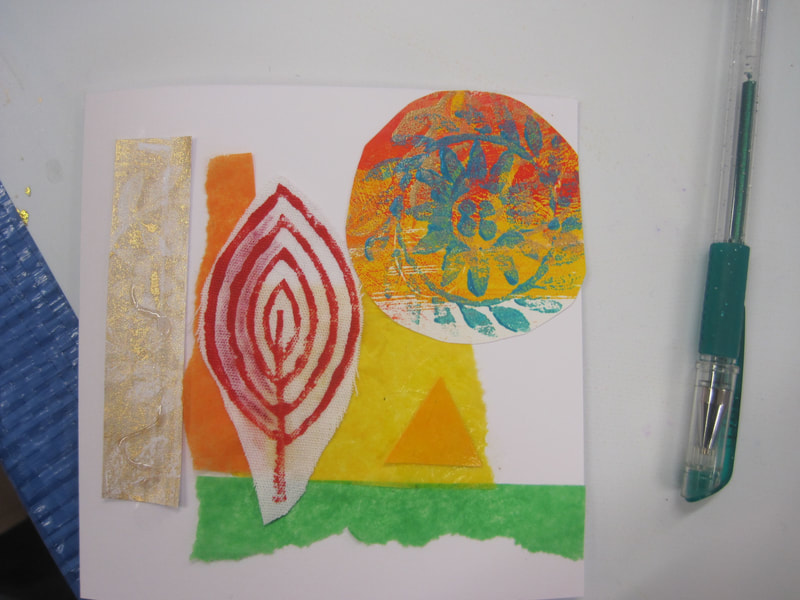 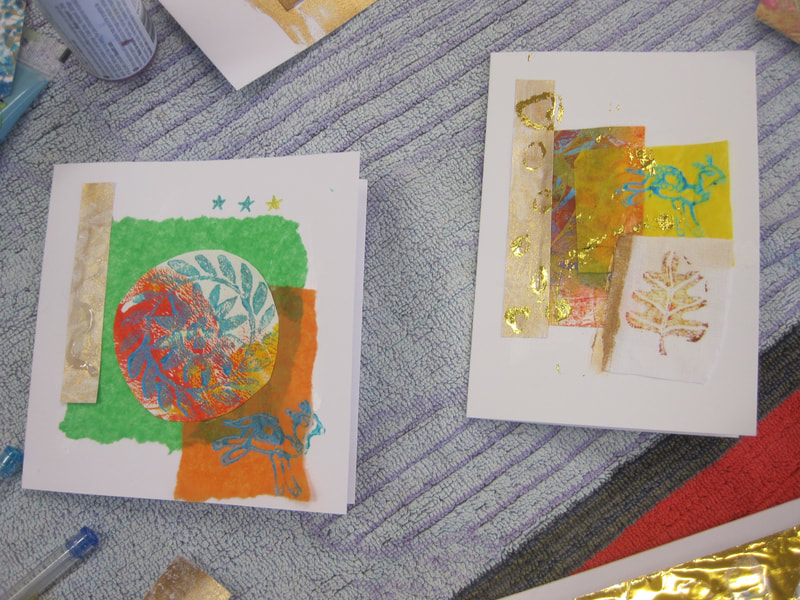 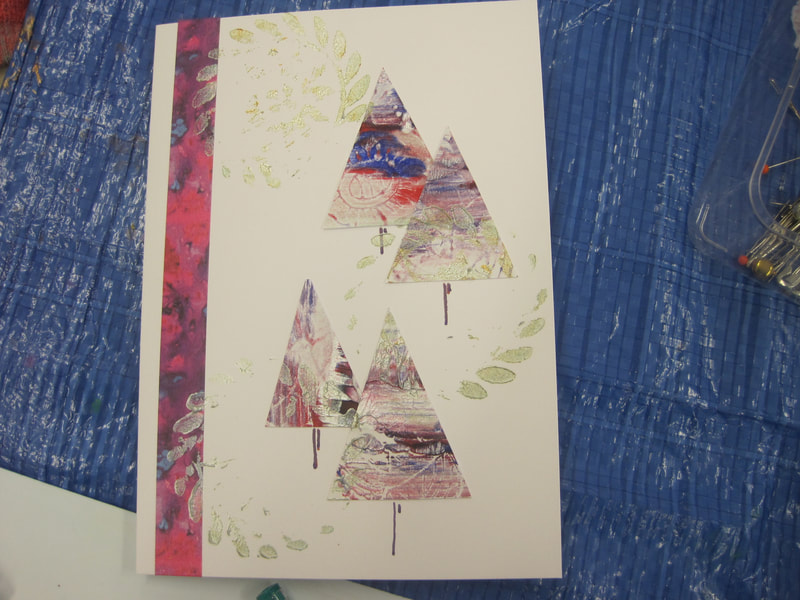 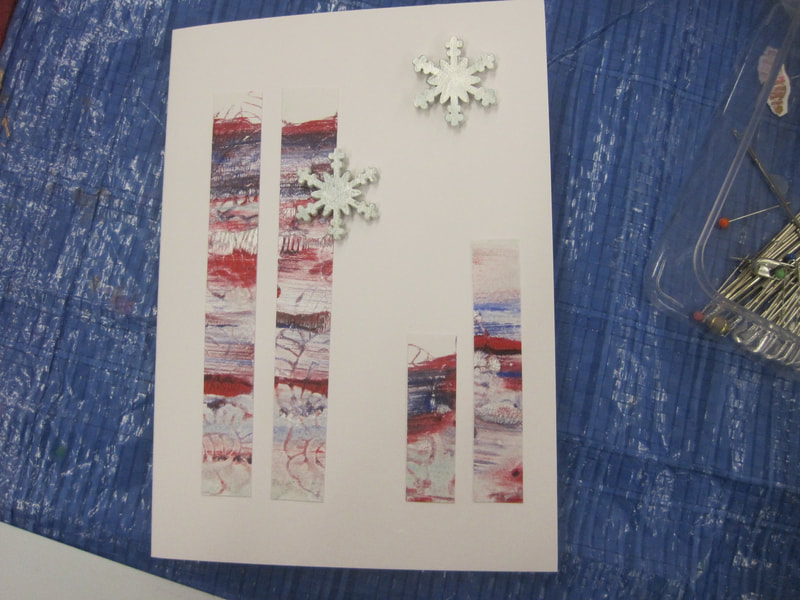 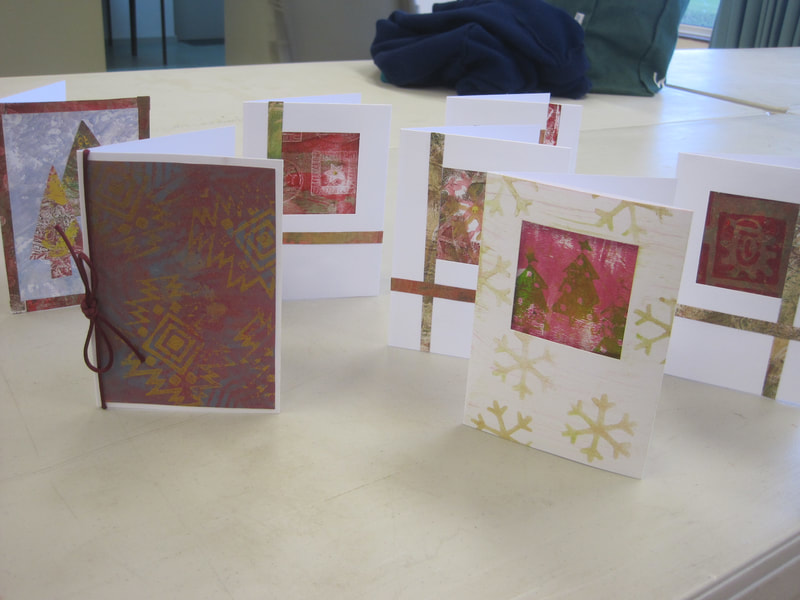 Thank you Ann for a great day.