​Sandra’s “Journeys” began in the late 1990’s when she started a City and Guilds course at Windsor. Originally she trained as an artist but then textiles took over but now she combines painting, textiles, collage, photos, heat transfer paper and stitching to create her fabric pictures.
Sandra finds her inspiration in icebergs, ice lakes and lagoons, glaciers and water in places as far apart as the Arctic, Antarctic, Iceland and the Inuit lands of northern Canada and having studied these landscapes over several years she is seeing the effects of global warming which she also brings into her work. 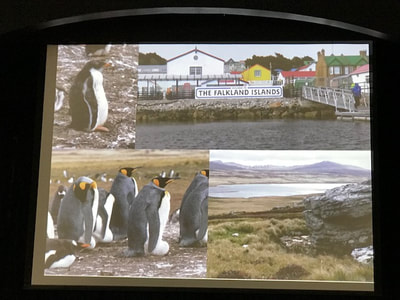 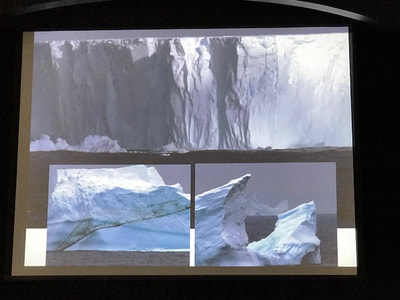 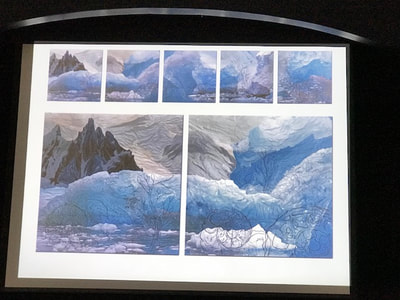 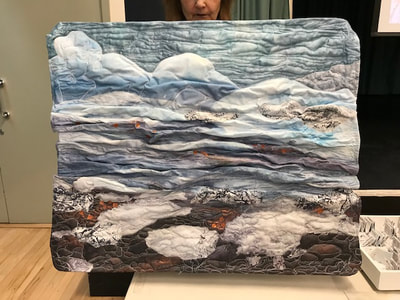 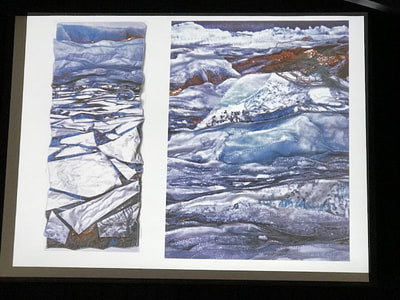 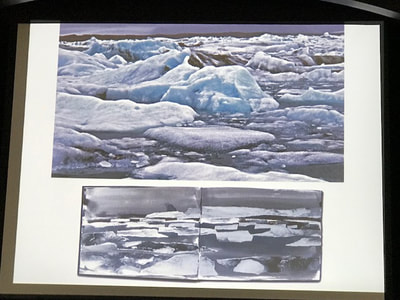 ​Nearer home Sandra and her husband moved to Somerset five years ago and experienced the severe flooding there which she has used for inspiration along with views seen from the A303 which she travels frequently. Sandra builds up her some of her pieces by transferring the image onto heat transfer paper which she then irons onto thin cotton. She then  layers her work with the cotton image, wire form, vilene and backing which she stitches through to give the piece depth. The colours used to create the icy watery landscapes are mostly greys, blues and  blacks but sometimes Sandra includes some copper shim and copper paint to suggest a global warming meltdown.  “Reality and Rhetoric” consists of six panels and is based on the flooding in the Somerset Levels. The panels are stitched in lines to suggest layers of water but within the lines there is a stitched narrative detailing the history, agriculture and government drainage plans for the area. 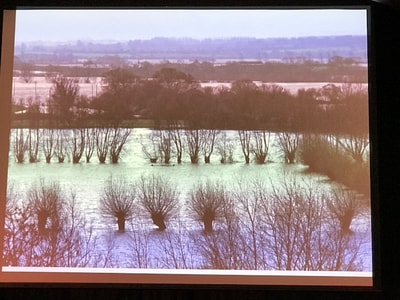 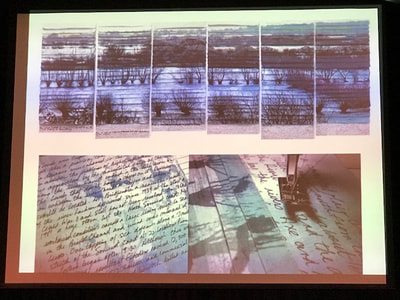 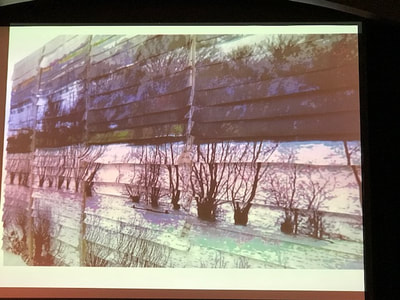 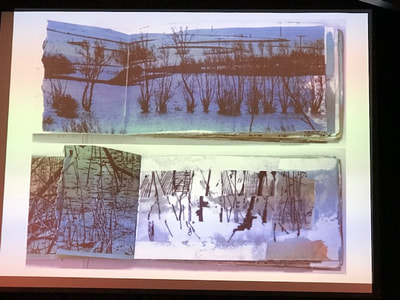 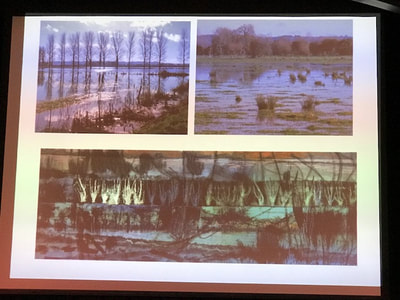 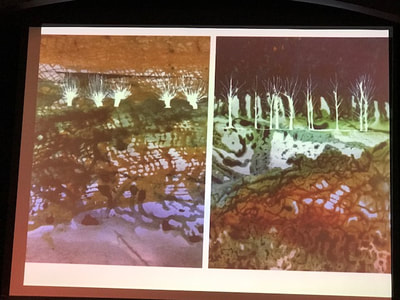 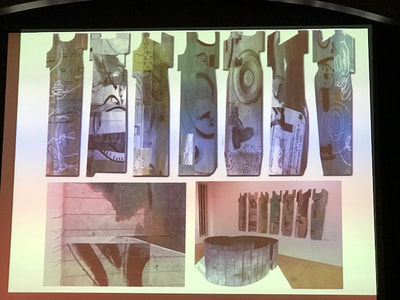 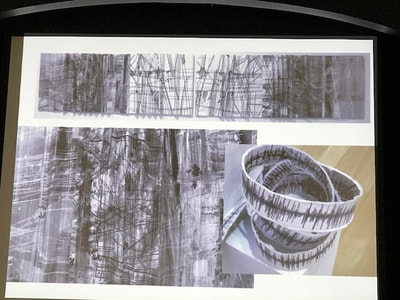 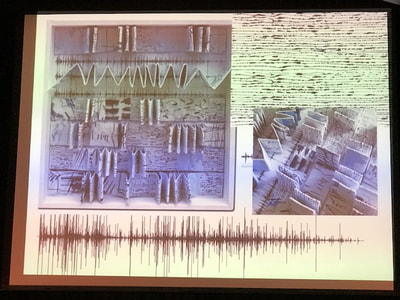 Sandra gave a fascinating, lively and informative talk about her work. It will be possible to see some of Sandra’s  work and appreciate the range of it as she exhibits with several groups including Artists 303 which have an exhibition coming up in Somerton Town Hall and Studio 21 who will be exhibiting at the Knitting and Stitch Show later this year. 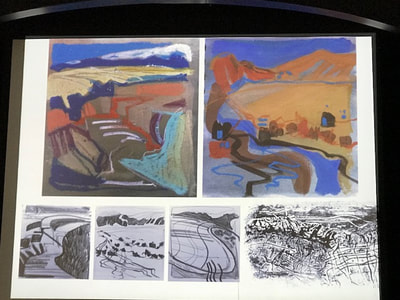 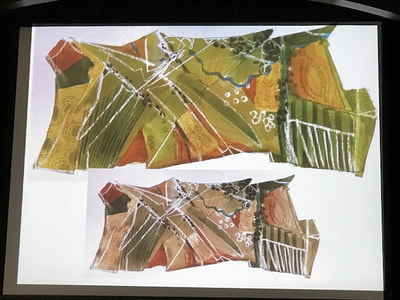 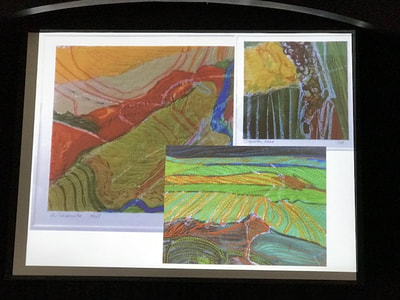 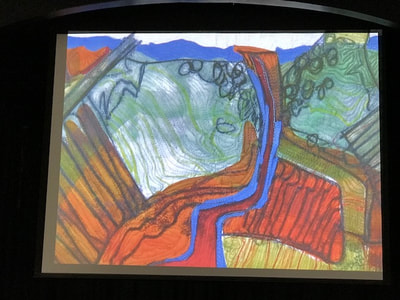 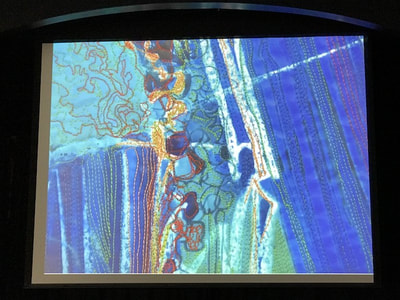 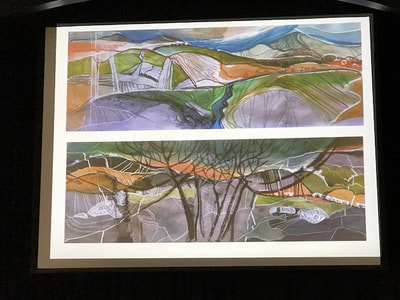 My grateful thanks to Christine H for this report and to Vernice C for the photos.