Skip to content
Home > 2017 > March
Vivien Prideaux’s workshop this month was entitled “Japanese Stencilling”.  The group was first shown a vat of indigo dye and Vivien explained it was a mixture of henna, lime and indigo.  So we could see the creation of a vat she measured the ingredients on some scales and stirred it. 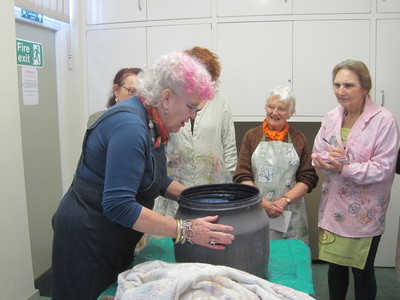 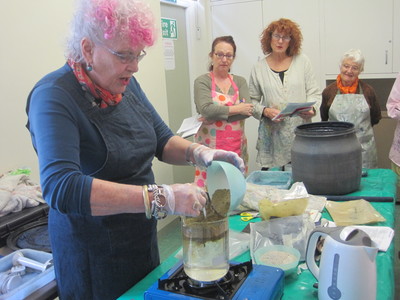 We were then shown how to make stencils and two pastes which acted as resists and then it was play time.  Some people cut their own stencils and some used pre cut designs.  We then put the stencil on our fabric and used a credit card to scrape the resist over the stencil.  The fabrics were then left to dry. 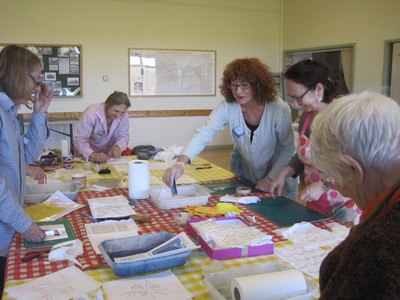 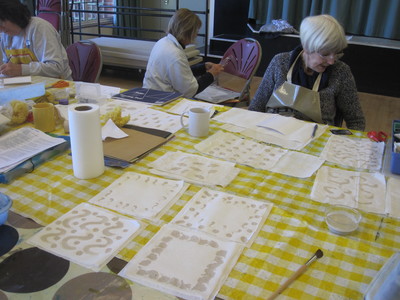 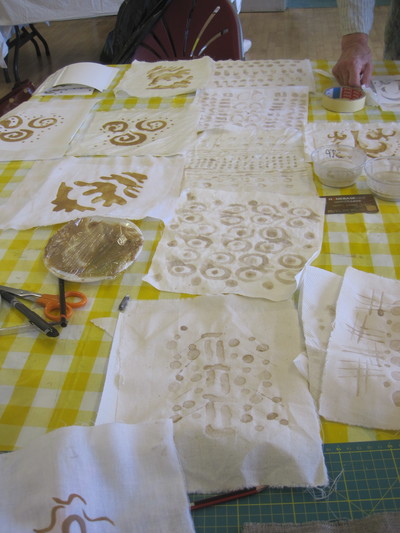 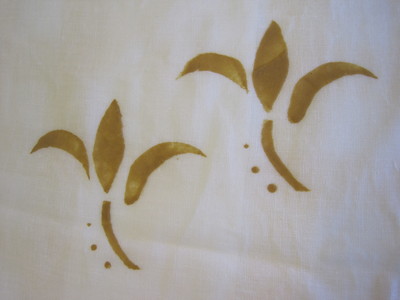 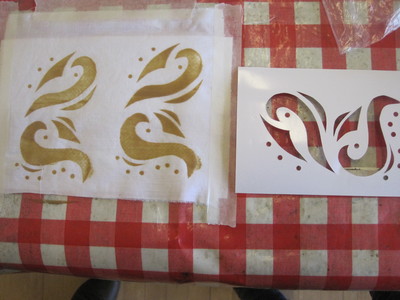 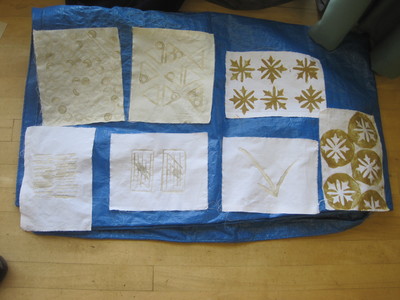 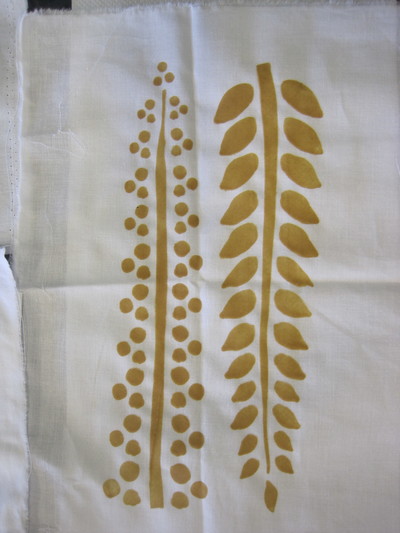 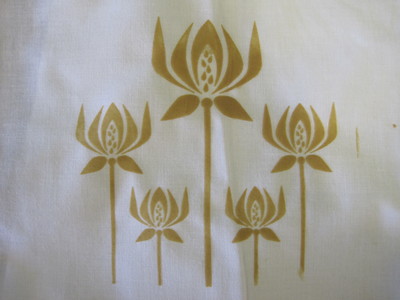 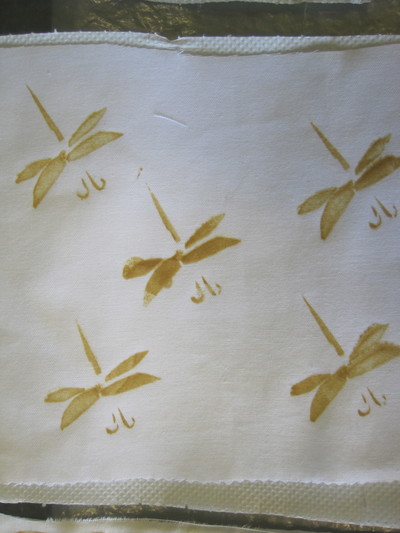 By mid afternoon we had all a number of pieces of fabric ready for the final stage which was to dip it in the indigo vat.  Vivien was not happy that the vats were creating the right strength of colour for us to dye our materials so it was decided that we would all do some quick test samples and agreed to postpone the workshop for a few months.  We can now look forward to stage two at the end of September. 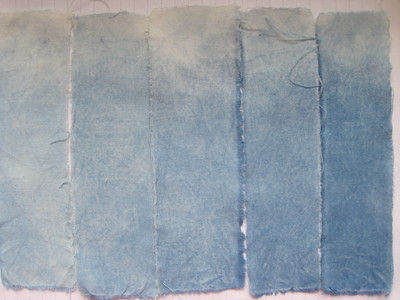 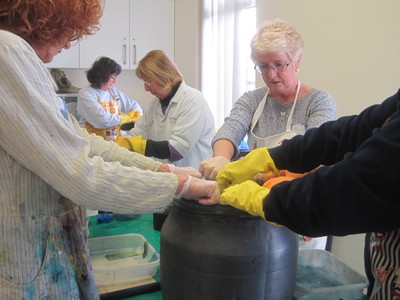 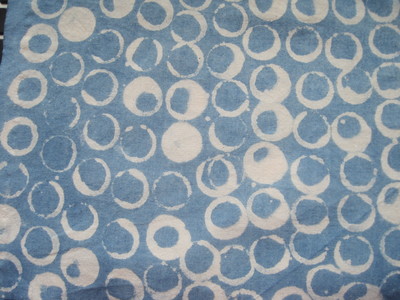 This month’s speaker Vivien Prideaux introduced us to a name that few members were familiar with, Alec Walker.  Born in Yorkshire in 1889 Alec was given a rundown mill by his father and he started producing Vigil silk.  Kay Earl had been a student in Newlyn in Cornwall and responded to an advert for a designer.  He was so impressed with this area he decided to continue producing silk in the north but the design and manufacture of garments was moved to Cornwall.  In 1918 Alec and Kay married.  In 1920 they founded the couture company, Crysede which became very successful.
Alec Walker was invited to go to Paris and was introduced to Raoul Dufy and Ossip Zadkine.  Influenced by their designs he transformed his own paintings into textiles.  The business continued to expand so they brought in Tom Heron (father of painter, Patrick Heron) as Manager and the company moved to the Island at St Ives.  They were the first company to offer mail order, opened retail shops and sold their designs at Liberty’s.

Sadly, in 1929 Alec left the company with health issues and Tom continued for another 10 years when Crysede ceased trading.  It was re-branded as Cresta silks.
I was requested not to use Vivien’s images but there are a selection of fabric designs if you search for Crysede on the internet. ​Report by Ros