​Victoria’s father worked in the oil industry and she was brought up in Houston and Jakata where she discovered her love of batik.  She followed a course to learn the various techniques and showed us examples of her work. 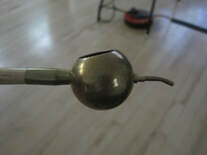 ​Victoria explained that batik is a traditional dye resist technique popular in Indonesia using wax.  The wax can be applied in a number of different ways, a metal or wooden stamp or tumblock, usually done by men due to the weight of the stamp or the tulis method which uses a canting containing liquid wax to draw the image on the material.  To remove the wax the material is soaked in boiling water.
​Traditional dyes are used, barks and indigo as well as chemical dyes. Different types of salt are used to produce different shades and colours. Various types of wax are used including paraffin wax and gum from trees and this wax must be the right temperature otherwise it will not adhere to the cloth. 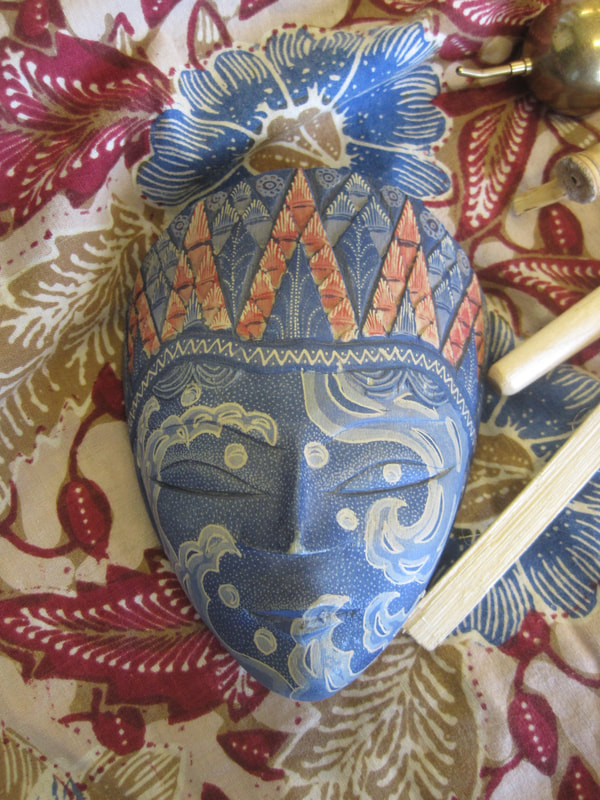 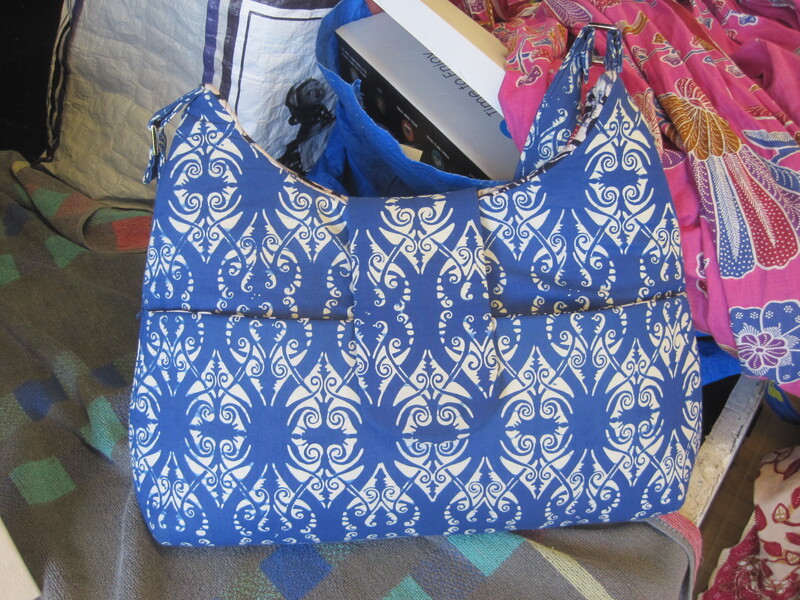 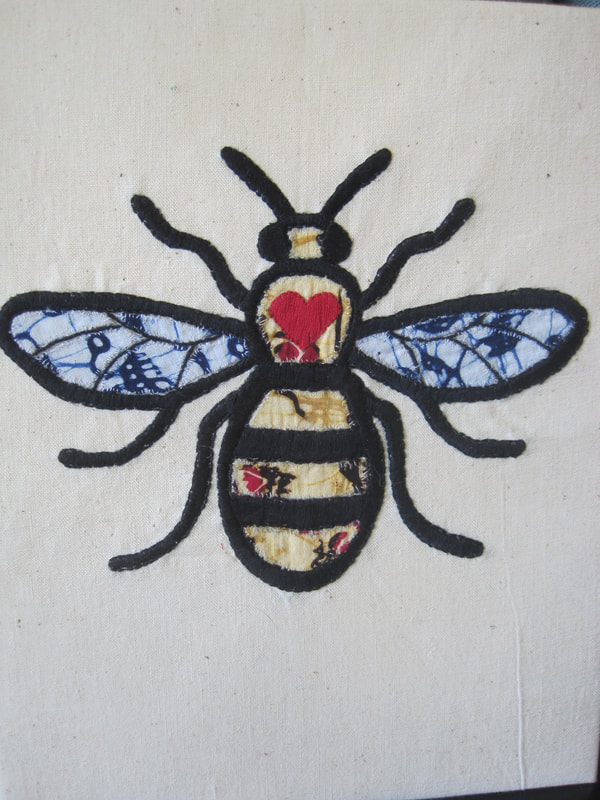 It was interesting to discover that designs and colours differed depending on where they were made, the market they were targeting or sometimes the Sultan would decide.  Muslim designs tended to be subdued whereas Hindus’ designs were more free.  The Garuda, which is a mythical bird in Hindu, Buddhist and Jain religions, has always been a very popular design and small dots are a seen on most Indonesian batik.  The designs are passed down from one generation to the next and it was very encouraging to hear that the technique is very much alive. 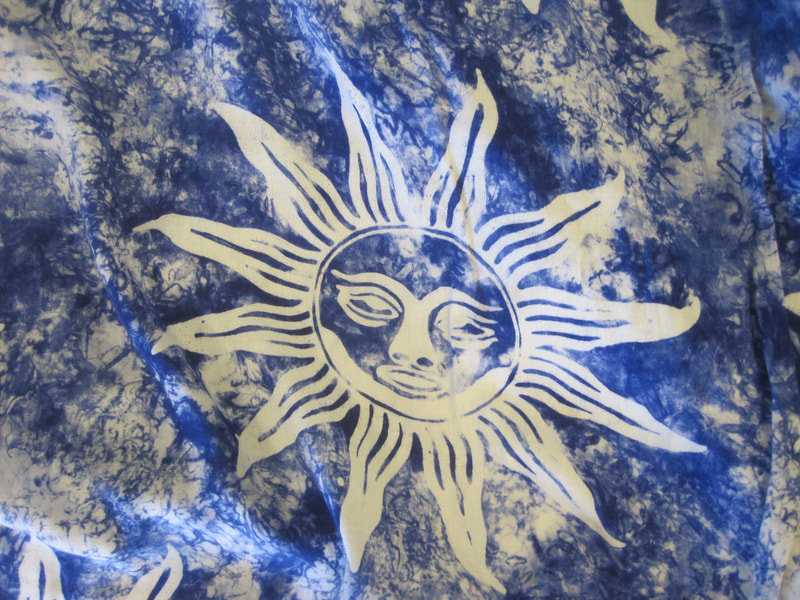 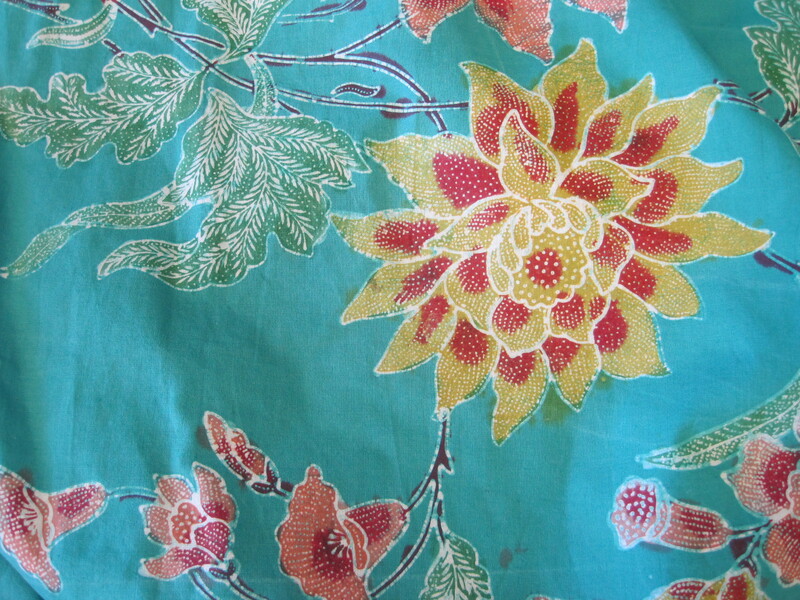 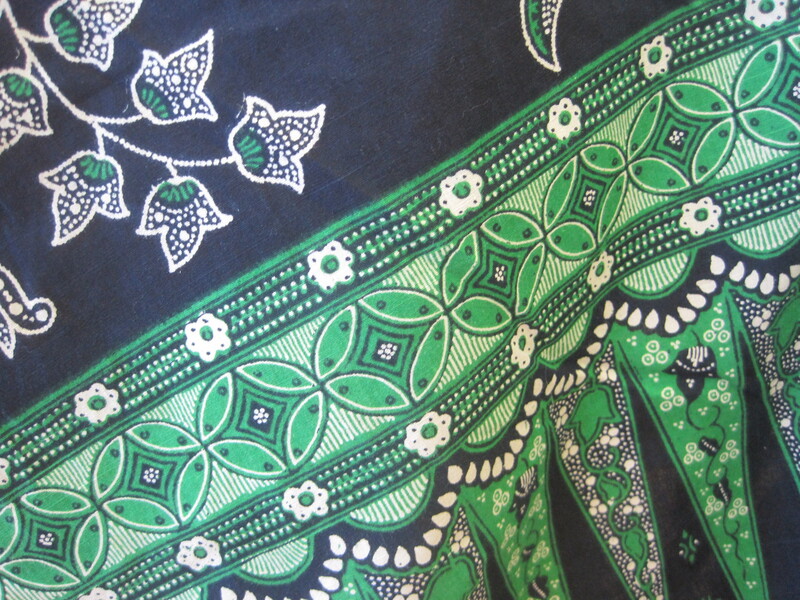 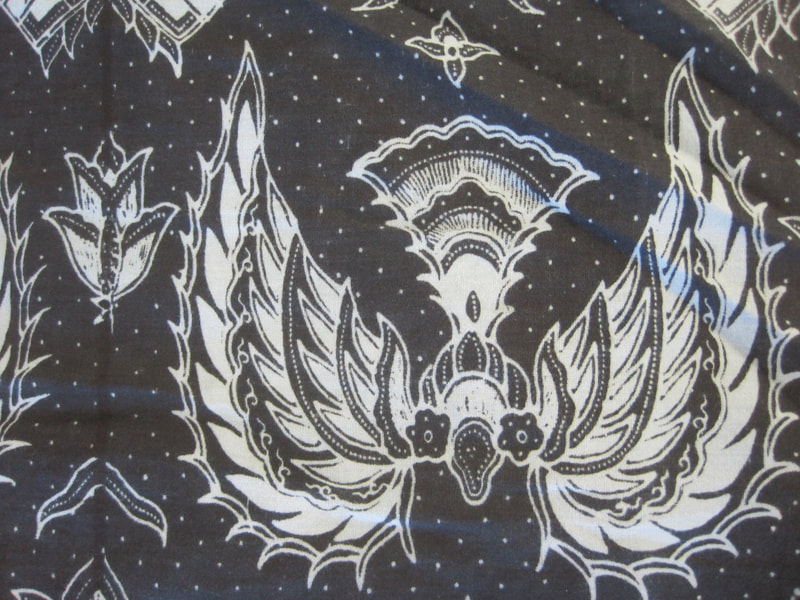 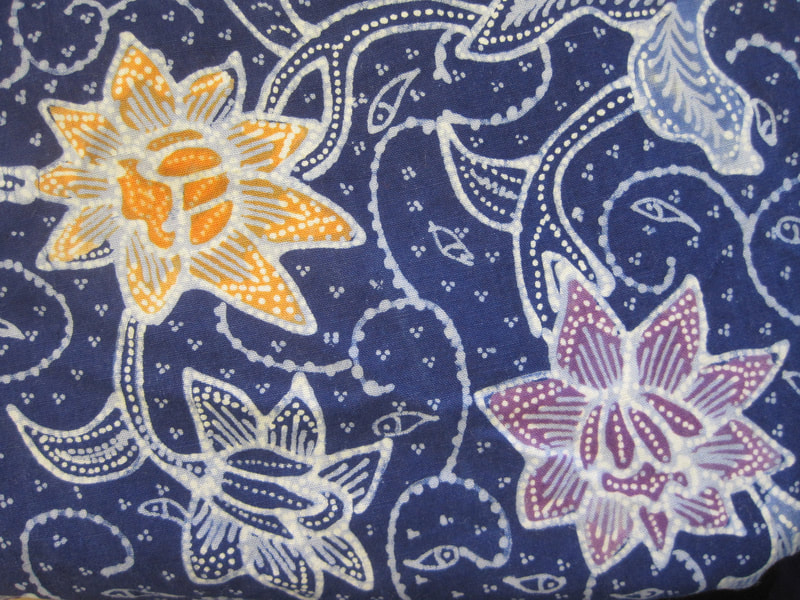 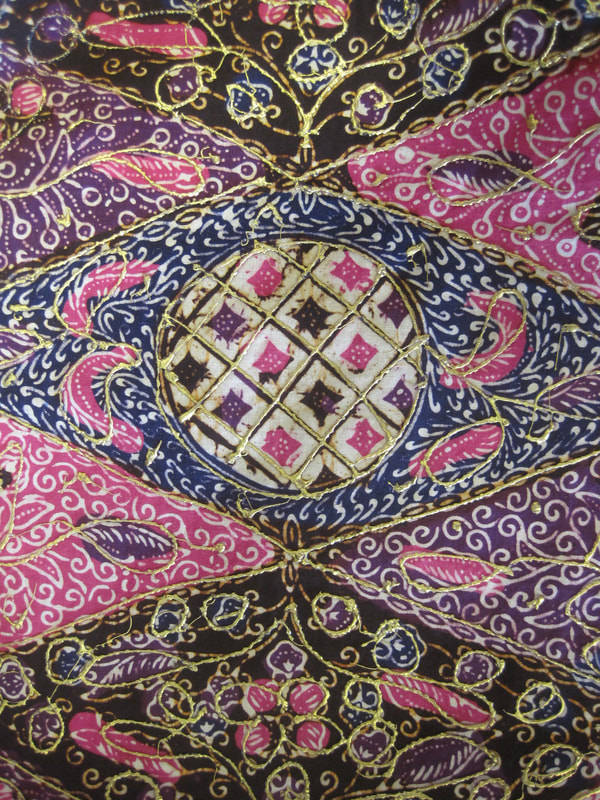